Crown and Echo: Sleeping with the enemy? 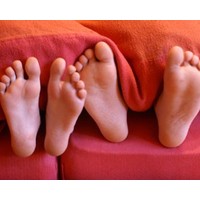 Can rivals work together? Increasingly, they do:

Co-operation with rivals, or ‘co-opetition’ as it has been dubbed overseas, is a response to the challenges of globalisation, which brings local and international companies into competition. This can force new alliances to be formed in order to beat off the bigger overseas predators.

Casino operators Crown Limited and Echo Entertainment Group are open to the idea of a joint venture casino, according to a report in this morning’s Australian Financial Review. It’d be aimed at attracting well-heeled international gamblers who are increasingly turning to casinos in Asia over those in Australia.

The arrangement is reportedly contingent on Crown gaining permission to increase its stake in its rival to 25%. Echo’s constitution prevents a single shareholder from owning more than 10% without gaining permission from regulators in New South Wales and Queensland.

What’s the risk with joint ventures?

But even if the joint venture goes ahead, its success isn’t assured. A 2001 study of 2000 joint ventures (JVs) by global consultant McKinsey found a success rate of 53% (the study looked at all joint ventures, not just those between direct rivals).

The authors of the study – James Bamford, David Ernst and David G. Fubini – say the reason so many joint ventures fail is that, unlike mergers where one entity exists after the deal, joint ventures add layers of complexity to the new business, as the JV has two masters.

When these stakeholders do not see eye-to-eye on strategy or priorities, joint ventures are placed in a difficult situation; strategic alignment is key to a joint venture’s success.

Such difficulties can be compounded when a joint venture is created by rivals. Many competitors naturally develop different styles and strategies as an attempt to break up and dominate a segment of the market – such unique styles can backfire in a JV.

Lobbyist Jody Fassina says going into business with your competitors can be a leadership challenge.

“One of the issues with any joint venture is different cultures and management styles, which can result in poor integration and a lack of achievement of business objectives,” he says. “[But in this case it’s] reportedly [being] led from the top, so if you’ve got management committed to mutual outcomes… then the chances of success are greater.”

Casino industry players have more practice than most at pulling off these sorts of alliances. The gaming industry is highly regulated, with few licences awarded in any one city. Rivals sometimes join forces at the bid stage to lock out lesser rivals.

Other attractions of joint ventures

Firstly, companies can pool resources to compete in markets they wouldn’t tackle well on their own. This appears to be the rationale behind the Echo/Crown proposal.

Secondly, it allows for cross-endorsement in situations where the competition is not direct. For example, if a competitor operates in a different city to you, you can refer customers to them, and they can refer their customers to you, where appropriate. This gains you credibility with customers.

Finally, such ventures can be the first step towards a broader, more permanent partnership.

Fassina says this is likely to be a factor in the Australian casino proposal. “[Crown] is tipping a toe in the water before it jumps in at the deep end, which is Crown controlling Echo. A joint-venture proposal is a means of testing out the arrangement without putting everything on the line.” Crown is seeking to place a director on the Echo board, and has for some time been seeking to lift its stake in Echo.