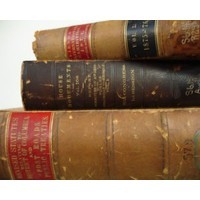 Out of the blue, directors have been hit with a proposed new law with dangerous consequences, a leading Melbourne insolvency professional, Andrew Yeo, told LeadingCompany today.

The new law is buried among a bunch of proposed changes to directors’ liabilities that have been under debate since 2008. However, last Wednesday, new proposal came to light and submissions on it must be received by next Wednesday – way too short a time for adequate consultation, says Yeo, who is a partner and executive director of Pitcher Partners.

These proposed new laws have an honourable intention: to stifle the deceptive practice of starting “phoenix companies”.

As the name suggests, phoenix companies are new companies that arise from ashes of old ones: a company goes broke, but its directors transfer its assets without payment to another entity with a similar name and continue to trade. It is illegal when it is done for the purpose of fraud, but otherwise it is not illegal. That makes it a grey area easily exploited by unscrupulous directors to avoid paying tax, and to rip off suppliers.

Among the changes to clamp down on this are proposals to widen the liabilities of directors. Under current laws, the Australian Tax Office issues a penalty notice to directors when they fall behind on certain taxes, the most significant of which are PAYE withholding taxes.

Once issued, directors have three options:

Under the proposed new laws, the ATO can send out a director’s penalty notice when superannuation deductions fall behind and on certain non-payment of tax on directors’ salaries.

Although not entirely uncontested by Yeo, these changes are seen as reasonable.

On the other hand, a proposal to make directors’ automatically liable if their company is more than three months behind in lodging its Business Activity Statements (BAS), from which its GST liability is calculated, is more contentious.

The latest change ramps up the liability another notch: once behind more than three months, directors cannot do anything to escape personal liability. Even if they do make the payment, or put their company into administration or liquidation.  “This is a massive change in potential liability for directors,” Yeo says.

Experts says this net is too wide, and will catch “innocent” directors as well as those trying to cheat the system. Steve Burrell, general manager of communications at the Australian Institute of Company Directors. says:  “We are continuing to review the legislation in preparation of our submission due on May 2, but remain concerned that the proposed legislation is an example of over-regulation of all directors to target the few who have acted improperly.”

Yoe says: “A lot of taxpayers get themselves into financial difficulty but it is temporary and they get through. Under this law, many companies may choose not to keep going,” Yeo says.

Now, there is a legislative imperative for companies to pay the ATO before they pay their other suppliers; a distortion that could send more companies to the wall. Yeo says: “Why are other businesses put at a disadvantage, behind the ATO, in ensuring their debts are paid?”

The AICD says the consultation time is too short and warns that directors are already on the brink of turning down non-executive roles.

Burrell says: “The Director Sentiment Index [conducted in April] found that onerous director liability and compliance requirements are a major concern to Australia’s directors. About 40% of directors believe that legislation imposing liability on directors has a negative impact on their business decisions and their willingness to serve on a board.”