Coca-Cola resurrects Mello Yello: What brands we’d like to see bought back to life 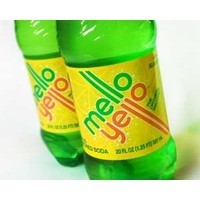 In what may be one of the boldest branding moves of the year, Coca-Cola has decided to resurrect the iconic 1980s brand Mello Yello in an attempt to boost summer sales of caffeinated drinks.

The announcement is a testament to how far companies are willing to go in order to battle subdued consumer sentiment, but it makes sense, according to marketing experts.

Resurrecting an old brand like Mellow Yello – with a catchy jingle, no less – doesn’t cost much and could end up being a runaway hit.

Michelle Gamble of Marketing Angels says industries such as fashion reuse old ideas all the time, so there’s no reason other businesses couldn’t do the same.

“It doesn’t really surprise me that a business would try something with a retro brand. The people who buy it won’t be the original buyers of the drink; it’ll be people who have never experienced it before,” she says.

“If it’s got a certain edge to it, like it’s been reinvented, then I can see how that strategy can work.”

Mello Yello was introduced in 1979 to compete with Mountain Dew, which was released by Pepsi and remains popular in the United States. The brand’s relaunch actually began a couple of years ago, with the product stocked on American shelves. International relaunches have continued across New Zealand and Japan.

But the launch in Australia represents the drink’s first return in Australia, and it comes at a tumultuous time for Coca-Cola. The company recently issued lower than expected profit guidance last week, with analysts now cutting profit forecasts. It’s a disappointing result, considering the local business has spent hundreds of millions of dollars in new equipment and distribution systems.

A major issue is that Coca-Cola is competing against a rising tide of energy drinks and health-conscious consumers who prefer bottled water.

But Gamble says there is stock in the idea of revisiting a brand, given enough time has passed for an older generation to feel nostalgic.

“It has to be significantly different enough from the original, but something that appeals to the youth as well. It’s just making sure there’s enough stock in that retro appeal.”

The move is a prompt for other businesses to discuss bringing back old brands that could be reinvented for a new era.

“There are plenty of old, iconic brands that are still around. Perhaps we’ll start seeing a trend of those types of brands returning.”

With old brands making a comeback, here at SmartCompany we thought there could be traction in bringing back a few older brands for a new generation. Here’s a few we came up with:

If you don’t know the company’s name, you’d know its trademark – a dog looking into the speaker of a record player. His Master’s Voice is an icon in the music business, and over decades contributed to the popularisation of music in the home. The name is still in use, but only so far as it’s owned by the HMV group. The trademark – which is actually public domain in the US – remains unused in any official product capacity.

If you were a teenager in the 1980s then you would have played on one of these. The Commodore 64 was one of the most popular personal computer models of all time – but most people remember it for its role in popularising computer games. The computer was released by Commodore International, which went bankrupt way back in 1994.