Dealmaking 2.0: A guide to complex negotiations 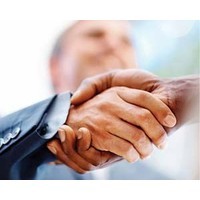 Most big deals are built on a series of smaller ones. Mega-mergers, major sales, infrastructure projects and even some UN resolutions are the culmination of many focused negotiations among various parties, each with its own concerns. Accordingly, we have come to think of the negotiation process as a campaign, frequently conducted on multiple fronts, each typically involving many parties.

To illustrate what we mean by a multi-front campaign – and the limitations of direct negotiation – we’ll describe what happened when port operators faced longshoremen from a position of weakness.

Showdown on the waterfront

The Pacific Maritime Association, which represents 72 US and global shipping lines, traditionally held contract negotiations every three years with the International Longshore and Warehouse Union. When Joseph Miniace became the PMA’s president, his priority for the 1999 talks was an agreement to introduce new information technologies that would help overcome the paralysing inefficiencies of clogged West Coast ports. At the bargaining table, however, Miniace’s efforts crashed into potent union opposition to anything that might lead to future job loss. Wielding its power over US seaborne trade flowing through the West Coast – then worth some $6 billion a week – the union began an informal slowdown; the PMA quickly caved.

Looking ahead to the 2002 contract talks, Miniace was resolved to reintroduce technology issues in order to address port congestion, which was only getting worse. But he worried about the ILWU’s response.

This time Miniace took a different approach to boosting the PMA’s weak position. Well in advance of the 2002 talks, Miniace embarked on a four-front campaign to set the stage so that the longshoremen would ultimately view a “yes” to his technology proposal as better than a “no”.

Front 1: Internal. Miniace focused on his own organisation first, educating the PMA’s shipping-firm members on the importance of new technologies.

Front 2: Business. Miniace then co-ordinated with Robin Lanier, who had built many close ties as the president of the International Mass Retail Association. She brought the case to shippers, large importers, manufacturers and retailers, all of whom were eager to press for measures to increase the efficiency of port operations.

Front 3: Government. Next, Miniace and his team arranged visits to the US departments of Commerce, Treasury, Labor, Transportation and Homeland Security, and to the Office of the United States Trade Representative. He impressed upon them that, in the event of a similar move by the ILWU, the PMA would not settle: it would shut down the ports.

Front 4: The public. Finally, the PMA took the public relations initiative to frame its message to the media and the wider public. This involved painting a picture of a privileged, well-paid, anti-technology union.

The PMA’s campaign was a forceful one, but the organisation tried to avoid a purely coercive approach since the parties would have to live together. Ultimately, with the assistance of federal mediators, the parties negotiated a mutually beneficial agreement that gave technology rights to the shippers and jurisdiction over new technology jobs to union members, and guaranteed current union jobs.

When and why to choose a campaign

When is a campaign likely to be more effective than direct negotiation? If a campaign would help overcome the barriers to your target outcome by building up useful alliances, enhancing your credibility, increasing the value you bring to the table, strengthening your no-deal option, weakening that of the other side or thwarting potential blockers, you might be well-served by a campaign-style approach.

There are six steps to reaching your target deal – and building a winning coalition that can make it stick.

1.Choose the right parties and group them into fronts