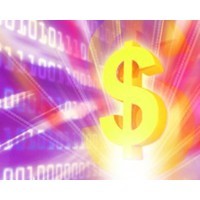 Leaders of smart companies are keeping an eye out for how deeply digital disruption is changing the shape of our lives and the many opportunities this presents for doing things differently.

And there are no sacred cows.

Take money-as-we-know-it and the institutions that manage it on our behalf, banks. Love them or hate them what we don’t really question is that they have a place in our lives.

But all that could shift.

Technology is not just revolutionising the way we use our money but it’s seeded a new breed of digital currencies that could challenge established forms of exchange.

We’re not talking about payment methods, although technology-driven innovation in the area is rife.

Payment systems like Square, for example, do away with the need for cash and even credit cards by integrating technologies into a smartphone, allowing users simply to stand at a counter and pay.

Google has developed a NFC-driven Wallet that allows users to tap their smartphones anywhere contactless payments are accepted. While still only available in the US, the attraction is that Google does not charge a fee for consumers.

But these are evolutions not revolutions and banks are already adapting to consumer demand; CommBank’s Kaching app, for example, allows payments through social media networks like Facebook.

New players in the world of finance

The bigger disruption is that a service that once was only provided by banks or financial institutions is now possible though other players.

There’s even been talk that with its billion-strong user-base and global distribution system, Facebook could morph into something even bigger in the future – a global bank.

Such moves would significantly alter the barriers to entry.

But a left-field challenge can be found in the emerging digital currencies like Bitcoin, DigiCash, ecash, eCache, egold, MintChip and Ven.

What they have in common is allowing community members to trade with one another using an alternative currency.

What differentiates them from the currencies we know is that there is no central authority in charge of money supply, although growth has prompted the European Central Bank to provide more clarity around these schemes.

Typically these communities provide a means of exchange and a unit of account for exchanging goods and services within that particular virtual community.

Think of it at the most basic level as the way that gamers are able to buy weapons or skins for their online characters using the tokens for that game world.

Then step it up.

Because the global reach of digital currencies gives users access to goods, services and even skills and, of course, because the boundaries are digital, they keep stretching.

In a way, they are not that different from paper currencies or gold in that they represent an exchange of value underpinned by trust – the value comes from the trust users have in them as a medium of exchange.

Bitcoin is a case in point. Originally developed by Satoshi Nakamoto (a pseudonym), Bitcoin is a peer-to-peer currency with no centralised authority, which allows money to move instantly, anywhere.

When it first started in 2009 the biggest transaction users could make was to buy a pizza, but the Bitcoin economy is now worth more than a billion dollars.

The Bitcoin price rose sharply after the recent announcement by Cyprus to impose a levy on Cypriot bank accounts and while some clearly see it as a legitimate channel, it is triggering alarm bells for many analysts.

Reuters finance blogger Felix Salmon is one of many who believe it is less a currency than “a highly-volatile commodity” and “a vehicle for financial speculation”.

But there are other players making inroads into this area who are going to lengths to distinguish themselves from this earlier model.

Ven, for example, is a currency used by members of Hub Culture to buy, share and trade knowledge, goods and services globally with anyone in the social network.

Unlike Bitcoin, which is anonymous and decentralised digital cash, Ven is a digital accounting system that is transparent, social and underpinned by market value.

But because its value is backed by a basket of currencies, commodities and carbon futures, the global strategic head of Hub Culture, Stan Stalnacker, believes it has a green edge.

Stalnacker sees emerging currencies as part of a new ‘tribal economics’ and in a recent TED talk suggests the emerging new P2P monetary system could lead us to a more sustainable and healthy economic system.

Hub Culture was one of the earliest social media players, having emerged in 2002 even before LinkedIn (2003) or Facebook (2004).

The Ven currency first appeared in 2007 as an application in Facebook, but by 2008 was tradeable to anyone with an email address, making it the first global digital currency to move from an online social network into the real world.

Right now the currency can be used for micropayments on the web or at any of the Hub Culture Pavilions that have sprung up around the world. These community centres bridge the gap between the virtual and real worlds.

Stalnacker says Ven’s value is determined on the financial markets against other major currencies at floating exchange rates and believes that the investments in carbon offsets makes it a sustainable investment, a claim that users would need to verify.

Although clearly such innovations signal a change to the way we deal with money, the question remains as to whether they are in fact a paradigm shift or just a new take on one of the oldest human forms of exchange – bartering.

Is any of this really that new?

History also reminds us that community and complementary currencies have long been in existence.

Clearly, the issue of regulation remains a double-edged sword; with its potential both to slow innovation while also playing a vital role in protecting citizens globally from fraud and managing the implications of exchange on their economies.

But at a current total value of only $2 million, Ven is still flying below the radar in many respects, despite plans for growth, including the possibility of developing distributed manufacturing and building more social venues that bridge work-life worlds.

In fact, given the size of the global economy, none of the crypto-currencies is yet to make a truly disruptive dent.

As to what’s next, I think it’s fair to say there are very few people who believe they know enough to predict what will happen.