Digital dilemma: Do you really need an app? 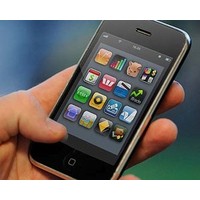 Barristers spend a lot of time in court waiting for a hearing to begin and one of their greatest fears is that opposing counsel will bring up an unfamiliar case or a precedent. Now a smartphone app developed by legal publisher LexisNexis allows barristers to make use of their downtime by quickly researching what has gone before.

Marketed as CaseBase Case Citator, the app allows lawyers or students to search through the LexisNexis database of legal rulings for cases similar to the one on the agenda. The app will tell them the history of the case, whether it’s been successfully appealed, whether it’s been cited by other judges, and whether it is “good law” or “bad law”.

It was not by chance that the legal publisher developed an app that has proved useful and popular with lawyers. Before deciding what to create, LexisNexis asked its customers what they wanted. Mobile case and precedent searching was most in demand, but identifying a need for the app was only the first step in the firm’s global product development process, known as CDI – customer discovery and innovation.

“What we’re doing segment by segment is trying to understand the needs of the customers, their pain points,” says Marc Peter, executive director, commercial and technology, at LexisNexis. “We sit with them in their office and we spend an hour or two just observing how they work.”

Next, customers are interviewed and sent questionnaires so LexisNexis can build up a picture of how much time lawyers in each market segment spend on different tasks. “For instance, barristers spend a massive amount of time waiting in court for their hearing. We know that their biggest risk is they get trapped by their opponent bringing up [a case] they didn’t prepare for,” Peter says.

Last year marked a milestone in the take-up of smartphones, when for the first time the number sold globally exceeded the sales of PCs and tablets. Such widespread adoption means increased opportunities for companies to develop apps to market themselves and to attract new customers. But they have to make sure they give their customers what they want and don’t waste their time with apps that are of little use or offer poor functionality.

Even after the team at LexisNexis has identified their customers’ requirements, they are still some way from creating the actual app. The next step is for designers to create an abstract diagram of the product that can be shown to potential users. Then begins the extensive process of seeking feedback.

“We present the product and customers tell us what they would like to have changed. It’s an iterative process because once we have feedback we give it back to the [user experience] guys, they redesign it and we go back to the customers,” says Peter.

The CaseBase app had about four iterations, but other apps have had as many as 15. LexisNexis also recently launched a new app called Red, which brings all legal loose-leaf services to tablets.

Alan Thorogood, senior visiting fellow in strategy and entrepreneurship at the Australian School of Business and course leader in IT strategy at the Australian Graduate School of Management (AGSM) MBA programs, cites the development of the CaseBase Case Citator by LexisNexis as a key example of “co-creation” of an app. This is where a company works closely with customers to explore what would be useful to them as it develops an app.

“Customers don’t always know what they want. You need to ask them what it is they’re trying to do and explore with them, so these applications end up being co-created,” says Thorogood. “You need to work out what people are doing differently when they are using a handset interface.”

The concept of co-creation brings with it profound changes for firms’ IT departments, which traditionally seek certainty over innovation. Their natural inclination is to produce something inexpensive and reliable, not necessarily what the customer wants. In the past, IT departments have typically designed inward-facing systems, to digitise internal processes and supply chains. For the first time they are being forced to think of the customers’ needs.