Disgraced Energy Watch founder Ben Polis: I’m broke and they’re out to get me 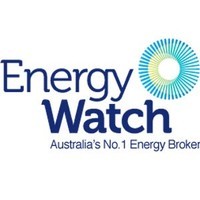 Ben Polis, the disgraced founder and former chief executive of Energy Watch, claims he is the victim of a vendetta by energy retailers, disgruntled former employees and the Australian Competition and Consumer Commission.

A dishevelled-looking and erratic Polis told his side of the story last night, before Justice Shane Marshall of the Federal Court announced penalties against Energy Watch and Polis in Melbourne today.

The Federal Court today fined Energy Watch $1.95 million, even though it is in liquidation and unlikely to be paid. Ben Polis has been fined $65,000.

Energy Watch has been ordered to pay 90% of the legal costs of the Australian Competition and Consumer Commission, which bought the case against the utilities broker. Polis must pay 10%.

Polis concedes that Energy Watch did use misleading advertising but says the energy broker did not intend to mislead customers.

“There was never any intention to mislead consumers; we never had to as our electricity rates that I had negotiated were so cheap that 200,000 people bought them.

“When we changed our advertising to say ‘We don’t compare all energy providers’, the business did not change at all.

“We changed [the advertising] to ‘Check and Save’ and that’s why I put myself on billboards in my underpants, because I said ‘We’ve got nothing to hide’ because we were being accused of ripping people off.”

Polis claims energy retailers tried to “destroy” Energy Watch by reporting the broker to the Energy Council, the Essential Services Commission and the ACCC.

“You rang Energy Watch and you got a good deal on your power. So who really was pissed off about Energy Watch?” he says.

“The energy retailers hated us because they did not know how to counteract this brand, so they tried to destroy the brand and say it was not credible.

“As I said in court, why would I go and get contracts with 15 companies if they were not prepared to have cheaper electricity rates? It’s not financially viable.

“We worked with providers who were prepared to lower their rates and the consumers won in every state we worked in.”

Polis points to Energy Watch’s role in lowering energy prices, he says the company drove down the price of power in NSW by 12% in less than six months, while, in Victoria, he says the biggest discount used to be 12% and he dropped it to 20% with a $50 credit.

Polis says the size of the fine sought by the ACCC is disproportionate, given the size of Energy Watch and the loss caused.

“The ACCC wants to fine Energy Watch $1.96 million. Now this is a company turning over $17 million which provided a free service; no one paid for anything. So how was anyone actually financially harmed?

“They fine Optus $3 million, TPG $2 million and Apple $2.3 million and they are all billion-dollar companies.

“The ACCC sent Energy Watch broke. Their intention behind all this is that they wanted to regulate an industry of energy broking which I invented; I was the first person to start it.”

Polis claims he was not actually chief executive of Energy Watch when the series of misleading radio, television, print and billboard advertisements were published.

“I was not running the business from January 2011 to November 2011. I appointed a general manger, Andrew Barton, and Luke Zombor to run the business, I was told to stay at home and all I did was do the marketing,” he says.

Energy Watch’s difficulties became public when Polis stepped down from his role after making racist and offensive remarks on his personal Facebook page.

“Somebody, a past employee I suspect, took snippets from my Facebook over a year-and-a-half period and tried to say I was racist, sexist and misogynist, which is not true,” says Polis.

“I mean my own father is a refugee, my business partner was Chinese, my girlfriend was Asian and one media outlet called me homophobic and my flatmate was gay.”

Polis says the comments were not made directly to the general public but were on his private Facebook page and were made to friends to “stir them up”.

“People have taken these comments and tried to make it out that I am running a cocaine-fuelled empire and there is sexual harassment. I’ve never had one sexual harassment claim at Energy Watch,” he says.

Asked if he regrets making the comments on Facebook, Polis says: “I regret them because they brought down 100 jobs.”

“If you say an inappropriate joke people know you are joking: I am a joker, I was on a billboard in my underpants.”

Polis dismisses claims of high turnover and management problems at Energy Watch and says the turnover was because the company operated call centres, which always have high staff turnover.

“I was not the person firing these people. Everyone is saying I was this mad boss that was firing people. I never hired people at the company. It was never my job to hire people or fire people.”

Polis says he was asked to stay out of the business from January 2011 to October 2011 by Andrew Barton and Luke Zombor.

Polis claims during this time there was no financial management at Energy Watch and the utilities broker amassed huge debts.

He says he returned to Energy Watch in October 2011 and then dismissed large numbers of staff to cut costs.

“When people say Ben Polis came in and fired everybody, 100% I did. I reduced the costs of the business by $6 million in four weeks because the business was losing hundreds and thousands of dollars.”

Energy Watch was placed into liquidation earlier this year with Zombor acting as chief executive. However, the company then announced it was to be “reinvigorated” after a sale to a consortium headed by entrepreneur Danny Wallis, who founded the $100 million information technology service provider DWS Limited.

Polis says he has no ties to the new company and does not know Danny Wallis.

“I fired Andrew [Barton] and I have not spoken to Luke [Zombor] since what happened with Facebook,” he says.

“I’ve just been to the liquidators and they say the whole thing looks ridgey didge.”

Polis says although he was out of Energy Watch during the sale process, from what he has been told there are three investors who pumped money into the business to keep paying wages to the staff.

“The question is ‘Has a number been done here?’ and, no, it hasn’t. The business had $8 million worth of liabilities, how the hell were we going to raise funds when on every TV station across Australia they were saying that Ben Polis, the ex-chief executive was a racist and misogynist,” he says.

Polis says he is currently unemployed with no money to pay the $100,000 fine the ACCC is seeking against him personally.

“Yes I’m out there, I’m loud, I’m obnoxious, everyone knows that, but I’m not in it for the money. I enjoy building businesses.

“The biggest problem at Energy Watch is that it grew very fast, it became very successful and a lot of people and past employees resented the fact that they thought they built the business.”