Do we need a “kill” switch on high-frequency trading? 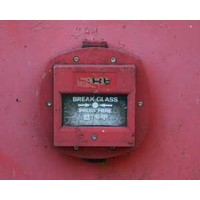 The dangers of massive high-frequency trading are becoming increasingly clear in equity markets.

“Regulators around the world are very concerned about the systemic risk on high-frequency trading. We have already had the flash crash, we have had Knight Capital, but there have been incidents in other major markets as well.”

His colleague, ASIC deputy commissioner Belinda Gibson, suggested algorithmic and high-frequency trading is sometimes manipulative or illegal, but it is often simply predatory on other investors.

In response, ASIC is proposing mandatory computer “kill” switches that stop trades which appear to be out of control.

In addition, regulators are concerned about the increase of trading taking place in “dark pools”, and are encouraging trades back out on to open exchanges.

A recent discussion of the issue in the Australian Financial Review ironically juxtaposed David Gonski’s sage call for a long-term view of investment and University of Sydney’s professor of finance, Alex Frino’s acute explanation of the increasing prevalence of high-frequency trading (HFT), which starkly highlighted the complexities of contemporary finance markets.

The immense divide between the 20-year timeframe of fund managers to provide retirement benefits to the public, and the frantic high-velocity trading in which micro-seconds are critical, demands further investigation.

Firstly, there is a profound distinction between investing and trading. These are very different activities and deserve to be regulated, supervised and taxed in different ways.

The Kay Review of UK Equity Markets and Long-Term Decision Making published in July analysed this distinction. High-frequency traders are driven by short-term market trends, and turn their portfolios over rapidly. Underlying performance is of less interest than immediate opportunity. In contrast, investors intent on holding assets for the long-term will analyse a companies’ prospects and underlying performance.

Kay concludes: “Equity markets work effectively for the corporate sector when they encourage, and do not impede, decisions which enhance the long-term competitive capabilities of the business.” The concern is that the short-term emphasis of equity markets may have encouraged unproductive value extraction at the expense of sustainable value creation.

Advances in financial, computing and communications technologies have facilitated the dramatic reduction of the average holding period of equity: on the NYSE this has diminished from seven years in the 1950s to six months today. More worryingly, as much as 70% of trading volume on the NYSE is measured now in milliseconds, and other exchanges are similarly overwhelmed.

The more impact short-term traders have in the market, the more volatile prices will be as these become less rooted in the fundamentals of the value of corporations traded, as the Bank of England’s Andrew Haldane has documented.

Present financial wisdom, and the securities regulation that has been developed within the same paradigm, suggests there is no such thing as too much liquidity, too much volatility or too much trading, as Justin Fox, Harvard Business Review’s editorial director and Harvard Business School professor Jay Lorsch argue in the current issue of the HBR.

Yet this creates very hazardous financial seas in which to navigate any corporate vessel. Michael E. Porter once warned the US Council on Competitiveness of the problems for business created by a too fluid capital market.

More recently the consequences for corporate America were revealed by Professor Bill Lazonick of the University of Massachusetts in his barnstorming tour of Australia in July: US corporations have hoarded trillions of dollars, and they will only spend money on dividends, share buybacks and executive options – all designed to enhance their share price.

Disastrously, investment in innovation, product and skill development has collapsed in US industry (with the large corporation exceptions of Apple and Google). Last year the America had a US$60 billion trade deficit in high-tech goods, according to the US Department of Commerce.

Australian industry could be heading rapidly in the same direction. The optimistic forecast of the Prime Minister’s Manufacturing Task Force published this month will only be secured if patient capital is available.

Business innovation is fuelled by investment. Innovation trajectories are shaped not simply by new knowledge and technical capability, but the rates and criteria by which financial markets and institutions will allocate resources to innovative business enterprise.

Thomas Clarke is a professor, Centre for Corporate Governance, at University of Technology, Sydney.