Does praise lead to cheating? 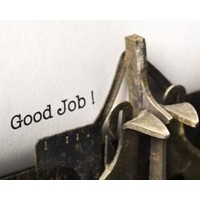 Some seemingly innocent organisational practices, such as praising people for success, are likely to not only reduce performance and increase cheating but also make people less adaptive at work.

The good news is that a few simple changes can effect a tremendous shift, Carol Dweck, professor of psychology at Stanford, told a NeuroLeadership conference in San Francisco (this year’s summit will be streamed live – see details below).

One study primed people with a simple phrase praising their intelligence based on completing a difficult task rather than the effort they put in to achieving the task by saying “You’re so smart”, versus “You must have worked hard.” This simple statement had the “smart” ones less willing to take learning risks in the future, as well protecting their status by lying. In fact, those praised for intelligence were found to be three times more likely to lie about their performance than those praised for effort — even when they knew their names wouldn’t show up on the forms, they overstated their scores.

We all like to feel smart and talented. It turns out that whether we attribute it to natural ability or to hard work is a strong predictor of how successful we’ll be. In a session on the beliefs that help grow successful organisations Dweck explored fixed versus growth mindsets with Janet Huysse, vice-president of HR at Twitter. The distinction, said Dweck, is that those of us with a fixed mindset see talent as a static trait, and those a growth mindset see it as a potential that can be developed.

Dweck believes the best managers are those with a growth mindset — those who believe in their ability to change and a conviction that learning it the way forward.

Organisations can have fixed mindsets, too — and in the war for talent, those that do are losing out on great people, said Huysse. As Dweck pointed out, trusting in the value of hard work and effort is not just a stronger predictor of success, but a much more powerful motivator.

“A fixed mindset doesn’t tell you what to do next,” said Dweck. “It provides no recipe for recovering from failures,” which makes it tough to take on new challenges where stumbling is possible or even likely.

At the core of a growth mindset on talent is neuroplasticity — the ability of the brain to reorganise itself with learning. It requires not just working at what you know, but pushing past into areas that stretch your knowledge and skills. A favourite quote of Dweck’s: “Anyone who’s never made a mistake has never tried anything new.”

Mindsets are transmitted in an organisation through a shared understanding of what’s valued: being right or being open to learning. “We are very tuned in to messages about what will make people like and admire us. We’re wired to pick this up,” said Dweck. Praise for intelligence instead of praise for effort sends the wrong message. People who are praised for being smart “don’t want to risk their newly minted genius status,” and that fosters static, rigid organisations. Praise for effort keeps people engaged and willing to work hard.

Can organisations develop a growth mindset? One research project showed it’s possible by developing a workshop around mindset. It began with an article and video on how the brain grows with learning throughout life. Participants are then asked, “What’s an area where you once had low ability but now perform quite well? How were you able to make this change?” or “Who is someone in your life who has dramatically improved their performance? How did they do it?” Participants were then asked to draft an email to an employee who was doing well and then struggled.

After the workshop, these managers exhibited more openness to critical feedback, willingness to mentor — and a higher quality of mentoring — and openness to the possibility of employees’ changing.

People with growth mindset have greater awareness of mistakes and how to think them through. “You can’t hand people self-esteem on a silver platter,” said Dweck. “But you can equip them with mindsets that allow them to build self-esteem themselves by taking on challenges and obstacles, by mastering things. That’s the gift.”

The Neuroleadership Summit this year is being live streamed, and it’s free. See the program here. Streaming will be here.