Drug and alcohol testing at work doesn’t deter anyone, so why do it? 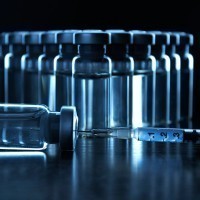 The amendments apply to all new and existing projects after October 16, 2015, where the Commonwealth has contributed at least A$5 million and 50% of project value or at least A$10 million towards the project.

The policy must be zero tolerance for all drugs. It must use objective medical testing methods to detect the presence of alcohol or other drugs. But drug testing is not associated with deterring people from taking drugs, so why do we do it?

Workforce alcohol and drug use

Most people who use alcohol and other drugs are employed. Employed people are more likely than unemployed people or those not in the workforce to drink at risky levels.

Workers in the building and construction industry have a higher rate of use of some drugs than the general population. One study showed that 5% of building and construction workers reported recent use of methamphetamine and 20% reported recent use of cannabis. This compares to the general population rates of 2% and 10%, respectively.

Poor work conditions, boredom, low job satisfaction and industrial change all increase the risk of alcohol and other drug use.

Fitness for work means a person’s capacity to work without risk to themselves or others’ health and safety. Many things can affect fitness for work. Drugs are one of those things. Others include stress, depression, anxiety and fatigue.

Tests for use of drugs or alcohol do not definitively indicate impairment or fitness for work.

Alcohol testing is immediate and detects current levels of alcohol in the system, so it is able to indicate some level of impairment.

But other drugs can be detected in the system for days and sometimes weeks after the drug has been used, depending on how much and how often it has been used.

Someone might return a positive drug test after the drug has become inactive and the person is not intoxicated, and unlikely to be affected by the drug, depending on the testing method used.

For drugs other than alcohol, testing indicates that someone is probably not impaired from drugs when a negative result is returned, but a positive test does not necessarily indicate that the person is impaired.

Many employees and unions have expressed concerns that alcohol and other drug testing is an unreasonable invasion of privacy. Industrial courts and tribunals have held that random testing is an intrusion on the privacy of the individual that can only be justified on health and safety grounds.

However, the government has argued the benefits of mandatory testing significantly outweigh any privacy issues in introducing the building code changes. This is because of the prevalence of alcohol and drug use among building and construction workers in Australia, the safety-sensitive nature of the sector and the significant consequences impairment could have on health and safety in the workplace.

It is argued that the purpose of testing is to deter drug use to ensure a safe workplace and not to “catch” people using drugs.

Although limited, the research that exists suggests that alcohol and other drug testing is not associated with reduction of use or harms in the workplace.

Given the limitations of drug testing, to be effective a workplace policy needs to be part of a broader healthy workplace solution that considers drug and alcohol use, mental health, fatigue and other impacts on fitness for work. Extensive manager and worker consultation is essential for effective uptake and implementation.

A clear and well-defined policy includes education and training for managers and workers, and identified referral options such as an employee assistance program. Screening and brief intervention in the workplace setting have also been shown to reduce use and risk.

Workplaces with effective drug and alcohol policies have happier, healthier and more productive staff and reduced absenteeism and presenteeism.