Red day at Cochlear while Leighton swings to profit 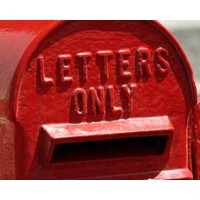 Cochlear has posted a 68% profit fall for the 2011-2012 financial year, while embattled construction giant Leighton Holdings has recorded modest a swing to profit.

The bionic ear maker posted a net profit of $57 million for the year to June 30, down from $180 million a year earlier.

The downgraded profit was largely due to a voluntary but nonetheless expensive product recall. In September last year, Cochlear recalled its Nucleus CI500 devices – the world’s thinnest hearing implants – after some of them stopped working. The recall cost Cochlear $101 million.

Despite the extra expenses, Cochlear increased its R&D spend, saying it was a deliberate strategy to maintain momentum.

Cochlear’s CEO, Dr Chris Roberts, talked up his company’s future prospects. He said the organisation responded well to the recall, and share market losses were minimal. “This, together with the ongoing investments in R&D product pipeline, and market growth associated with positive clinical trends, provide confidence for the long-term growth of the company,” he said.

Regionally, Cochlear had its best growth in the Asia Pacific, where its sales of $123 million represented a 4% rise on last year. Its sales to America fell 2%, but picked up 2% in Europe, the Middle East and Africa.

Whether Leighton Holdings has just posted a huge write-down, or a modest return to profit, depends entirely on your vantage point.

The company has since last year suffered a rollercoaster ride of announcements.

Last year, the construction giant posted a shock $626 million loss, prompted by a disastrous joint venture in the Middle East and cost blowouts on several of its domestic projects.

So, Leighton has either seen its profit slide two thirds from the first half of the year, or posted a modest increase to profits when considered against last year’s disastrous downgrade. Take your pick.

Part of the reason Leighton had such a lousy second half of the financial year was due to pre-tax charges at its Wonthaggi desalination plant project and the Brisbane Airport Link.

“While the airport link and Victorian desalination projects have had a considerable financial impact on the group, they are among the most complex engineering projects ever undertaken in this country,” Leighton’s chief executive Hamish Tyrwhitt said.

The company’s outlook is positive – it expects a total profit of $400 to $450 million in this calendar year. “This is a solid operating result during a period when we have made substantial progress on resolving legacy issues and delivered a record level of work in hand,” Tyrwhitt said.