Economic Pulse: Can the NRL survive without the gambling industry? 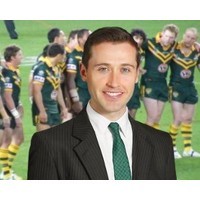 According to an oft-quoted 2011 survey by The Economist, Australians are the world’s biggest gamblers, spending $1208.75 per capita on various gambling pursuits, of which pokies are the most common diversion.

But until recently, this has more or less been kept out of our other national obsession, sport.

Even today, when betting is a $20 billion industry, only 1% of this is sports betting (when you exclude betting on horse racing), according to Productivity Commission figures. But this is changing – sports betting, which only really took off here in the mid-1990s, has been at 15% a year.

The entanglement of sports and gaming began in 2008, after the High Court passed a ruling with the effect of deregulating gambling advertising, by allowing gaming companies advertising in states where they do not have a gambling licence.

This meant companies like Sportsbet, Luxbet and Centrebet could sponsor national sporting events.

Start-ups on the punt

But there are other factors too. Part of the proliferation of gambling sponsorship is linked to the number of start-up gambling outfits in the Australian market, says Dr Adam Karg, a lecturer in sports management at Deakin University.

“Given the stage in the life cycle of these organisations, building brand awareness is a key focus, and sponsorship in particular is a good match for this aim,” he says.

He adds that unlike plenty of other products, gambling companies do not typically require exclusive placement.

“This allows multiple organisations in the gambling market to establish promotional and sponsorship deals to get coverage, unlike say, airlines or soft drinks, where a league sponsor will be ‘protected’.”

Gambling companies can do this because once people start spending money with a particular company, they are unlikely to shift allegiances.

While sports betting has grown at a much faster rate than the overall gambling industry in Australia, in the past year, growth has been turbocharged. A recent Four Corners investigation revealed in the past 12 months, the amount of money bet has grown by 20%.

In this, Tom Waterhouse, the very public face of his eponymous company, is merely one more brand in an increasingly crowded market.

But his presence on the commentary team of Channel 9 when it broadcast the Brisbane Broncos v St George Illawarra Dragons game on March 15 game alienated many fans of the game, and called into question whether the broadcaster breached bans on advertising gambling to children.

This furore led Prime Minister Julia Gillard to threaten new laws banning the spruiking of live odds during televised matches. She allowed the industry to regulate itself, but threatened legislation if they did not. Soon afterwards, the Australian television industry agreed to the demands.

He’s calling for a blanket ban on gambling ads during live TV sports events, as well as a crackdown on online betting.

Needless to say, any such ban would cut off a lucrative revenue stream for Australian live sports, particularly codes such as the NRL, where Tom Waterhouse has caused the most upset.

How important is gambling money to the clubs?

This all begs the question: can the NRL survive without the gambling industry filling its pockets?

When it comes to NRL, the loss of any major sponsor can cripple a club, says Nic Ferraro, the managing director of trade publication Sports Business Insider.

“As an NRL club, your main revenue streams are sponsorship and advertisers, and people coming to watch your games, either through ticketing or membership,” he says.

“With ticketing and memberships, they’re not secure. You can’t rely on them, because they’ll go up and down with your team’s results. If your team is performing well, you might get crowds of 25,000. If you perform badly, that can dip to 10,000. So any stability you have as a club – to pay for recruitment, backroom staff, all of that – depends on sponsorship and other stable revenue streams.”

“Any club which loses a sponsor for an extended period is always going to be in danger.”

Some clubs are already in a precarious position. The Cronulla Sharks, for example, sponsored by Luxbet, is hugely in debt.  The South Sydney Rabbitohs made a loss last year.

It’s hard to get exact figures on how much sponsorship by sports betting companies is worth to the NRL clubs, many of which are privately owned.

But Dr Ross Booth, a senior sports economics lecturer at Monash University, points us to a complete data-set released by the AFL in 2008 (and not released since) that can shed some light on the importance of sports sponsorship to professional Australian football.

“I suspect since then it’s risen as a proportion of revenue.”

The reliance of clubs on gaming revenues varied widely. In 2008, Collingwood earned $16.8 million of the $55.6 million gaming pie, while most clubs earned far less.

But it’s unlikely to be the elite football clubs who most rely on sponsorship from gaming companies or poker machines, Booth says. After all, the elite clubs have far more potential sources of revenue open to them than the state leagues.

Plenty of local, semi-professional or amateur clubs own clubs pokies and a related ‘leagues club’ venue, with the profits from poker machines going to supporting their clubs. When the government was considering requiring poker machines to allow gamblers to set themselves a personal loss limit, the impact of this on local sport was one of the arguments used by opponents of the measure to have it defeated.

In the NRL, plenty of elite clubs have relied on pokies revenue for some time, Karg says, though there are moves to limit this.

For fun or profit

But there are good reasons why gambling and sport go so well together. Gambling on sport is just more fun.

“When it comes to gambling, sport is dynamic,” Ferraro says.

“Compare it to poker machines or cards – there are so many more dynamics on which to bet. We’ve seen that in the United States.” In America, fans can bet on the outcome of specific plays, meaning they can gamble while watching a game. This is not allowed in Australia.

In many ways, this makes watching sport and gambling a natural fit. Ferraro says the only sponsorships that correlate quite as naturally as gambling and sports are things like drinking and tobacco.

Speaking of tobacco, NRL clubs have been banned from accepting tobacco sponsorship since 1992, when the federal government passed a bill preventing all forms of tobacco advertising in Australia.

“Many years ago, it was the Winfield Cup,” Ferraro says, referring to the trophy given to the winner of the NSW NRL Grand Final. “And then, tobacco sponsorship was pulled out, by the government, from all sporting codes apart from motor racing [the Formula One banned tobacco sponsorship 10 years later].”

At the time, many said that the loss of tobacco advertising would cripple Australian sport. But instead, total sponsorship of Australian sport continued to grow, increasing 11.4% to $390 million in the year after the ban came into effect (1997), 7.7% to $420 million in 1998, and 14.3% to $480 million in 1999, according to figures released in 2000 by BRW. This led British anti-smoking lobby group Ash to use Australia’s experience as an example of how tobacco isn’t essential to funding sport.

“There is no evidence that the bans on tobacco company advertising and sponsorship through sport has harmed Australian sportspeople or sporting organisations from either perspective of raising revenue or sporting achievement,” the group wrote in 2000.

This experience has led David Hill, former ABC managing director and president of the North Sydney Bears rugby league club from 1989-1992, to write in The Sydney Morning Herald that there are similarities between the current experience and that of 1990s Australia.

“The revenue would be missed and impact bottom lines, but sport survived after tobacco companies and their revenue was banned and would again here. While arguably sport is more reliant on commercial revenue now than in the 1980s and 1990s, [but] for current organisations and teams, revenue from broadcasting and membership are the million dollar contributors – rather than one sponsor category,” he says.

“In short, I think the withdrawal of gambling revenue within sponsorship, if it occurs, would not impact the sustainability of these teams in the short or long term.”

Ferraro isn’t so sure.

“At a revenue level, more than half of the clubs in the NRL have gambling sponsors. Some gambling companies support two or three teams. If you close off a revenue stream, there needs to be an alternative. Given how much is at stake with gambling, you could argue there’s no other industry that’d be willing to pay as much to fill that hole.”