Economic Pulse: How do Treasury’s forecasts stack up? 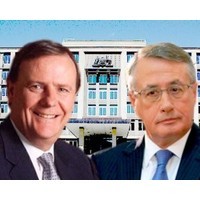 We will be in surplus by 2016, Treasurer Wayne Swan announced to laughter last week.

Watching from the LeadingCompany newsroom, I could understand the Opposition’s mirth. They were laughing at a man who only 12 months ago had, with much fanfare, promised a tiny budget surplus in the coming year that even then commentators dismissed as unlikely.

How much was Swan wrong by? Well, the forecasted razor-thin budget surplus of $1.8 billion turned into a $19.4 billion deficit, an error to the tune of $21.2 billion.

Swan said the high Australian dollar had taken a “sledgehammer” to the government’s taxation revenues.

Should Swan have seen this coming? Well, not really. Politicians only sprout the forecasts the Treasury Department gives them. It’s Canberra’s Treasury wonks that can be afforded the real blame here.

Blaming economists for their forecasting errors is nothing new. Economic forecasters, after all, exist to make astrologers look good, or so the saying goes.

Which is why I was intrigued last week by a neat little analysis by reporter Andrew Crook over at LeadingCompany’s sister site, Crikey.

The biggest blowout over the period was the surprise $48 billion deficit in 2008-2009. Treasury’s also had a lot of trouble forecasting the past two years (out $21.2 billion last year and $20.8 billion the year before).

Throughout most of the previous decade and a half, however, forecasting errors remained small, with only a few billion gained or lost either way.

Average the errors out, and Treasury is off by about $2.24 billion a year on average. That suggests Treasury isn’t biased in its forecasts (i.e. any large deficits were offset by similar larger-than-expected surpluses over the period).

Treasury’s own analysis of its forecasting, released in February this year, the agency acknowledged it had had difficulty assessing both the extent of the mining book in 2005/6, and the depth of the global financial crisis from 2008.

The major problem identified in the report was an inability to accurately forecast company tax revenues months in advance. To this end, the report suggested Treasury develop a Business Liaison program to get in touch with industry groups every month to check in on how much luck or otherwise their members are having.

Overall, though, the report was complimentary, calling the forecasts “reasonable accurate”.

“Over the past two decades, Budget forecasts of nominal economic growth have exhibited a mean absolute percentage error of 1.6 percentage points,” the report found.

This all points to a counter-intuitive reality: when it comes to economic forecasting, Treasury does pretty well. Perceptions of bureaucratic inefficiency aside, its forecasts generally come far closer to reality than many in the private sector do.

In your business, you’d be pretty happy to be able to gauge your bottom line a year ahead with 1.6% accuracy. Imagine doing that for the whole economy.

Aside with some problems assessing company tax, Treasury’s errors are entirely what you would expect from a forecast: it tends towards a conservative estimate of how things have changed, for better or worse.

Back to Swan. Should he have believed the forecast?

He should have been more careful, knowing full well that on average, budgets are around $6 billion off forecast. A $1.5 billion surplus was always a foolhardy thing to build your house on.

But a $21.2 billion forecasting error? That was just unlucky.