Efficiency and fairness: How Australia’s securities market measures up 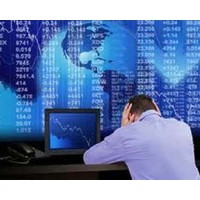 With lacklustre investor confidence and falling trading volumes, regulators around the world are under more pressure than ever to reassure the public that securities markets are fair and efficient.

Safe mechanisms are required to stabilise markets, but controversial new evidence – the first of its kind – reveals Australia is one of the world’s most expensive markets in which to trade. And, in Australia, there appears to be more instances of market participants engaging in aberrant trading behaviour, such as insider trading and market manipulation, than in other major markets.

A recent quarterly market quality report compares securities markets worldwide on efficiency and integrity. The study, released by Michael J Aitken, chair of Capital Market Technologies at the University of New South Wales and chief scientist at the Capital Markets Cooperative Research Centre, puts Australia’s stock market roughly on par with counterparts in the Asia-Pacific region in terms of integrity, but raises questions about its performance against peers in Europe and North American markets.

On one measure of integrity – information leakage – the Australian equities market has five times as many instances requiring some form of investigation as Europe and twice as many as the US markets. On the efficiency front, the costs of trading on the Australian market are twice as high as they are in Europe and four times higher than North America.

Information leakage identifies statistically unexplained price and volume movements in the lead-up to public announcements by public companies. “Based on these numbers, the Australian Securities Exchange ranks 12th overall in the world in terms of integrity. It’s a leading market in the Asia-Pacific region, but behind the major markets of North America and Europe,” Aitken reports.

An unexpected finding in Aitken’s research is the seemingly very low number of insider trading cases in Australia. It’s less than 1%. The numbers still suggest that the regulator, the Australian Securities and Investments Commission (ASIC), has its work cut out as it takes over the responsibility for market surveillance from the Australian Securities Exchange (ASX). “While the absolute dollar numbers are still quite large, the relative numbers (as a percentage of overall trading) are surprisingly small,” Aitken says. In Australia information leakage is only 5/100ths of 1%.

Crunching the numbers on insider traders

Global figures for insider trading show the average European market at 0.0271% compared to the Asia-Pacific markets (0.0799%) and North America (0.0394%). The results suggest that Asian markets are generally considered less fair than their international counterparts though it remains to be seen whether this is at the expense of efficiency, or whether the results stand up when other elements of fairness such as market manipulation and front-running are taken into account.