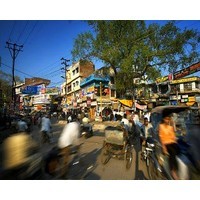 Sending a staff member overseas to scout for new business?

National borders notwithstanding, you owe them the same legal duty of care that you do had you kept them safe and sound in the office, thanks to new Federal work health and safety laws passed in 2012 and already being rolled out in several states.

By 2014, all states but Victoria will operate under the new laws, which make it a criminal offence for employers to not fulfil the duties owed to their workers, whether those workers are in the country or not.

Despite this, most employers aren’t aware of their obligations, says International SOS regional managing director Michael Gardner, whose company has recently published a briefing paper on the new laws.

“We’re finding most companies aren’t adequately aware because it’s not top-of-mind for them, or relevant to their daily working life,” he tells LeadingCompany. “OHS laws don’t come across my desk unless I seek them out.”

The new laws require employers to take ‘reasonably practicable’ steps to ensure the safety of their employees. “The definition of that is quite varied and quite wide,” Gardner says. “It’s almost vague to a degree, allowing for application in many cases. So when CEOs come across it, they’re quite concerned.”

Globally, workplace safety laws are becoming more stringent, particularly in Asia where many such laws are now being developed. Many countries do as Australia now does, and require employers to ensure the safety of their workers even when those workers are travelling abroad. This can mean employers are liable for their workers’ safety in more than one jurisdiction when sending their staff overseas.

The risks to employees when travelling overseas can come in so many guises. Even relatively safe countries can pose risks employers have to guard against, says Simon Francis, International SOS security director for Australasia.

“A lot of the risks Australians travelling overseas deal with are health risks. There are lots of vector-borne diseases globally – things like malaria and dengue fever.

“But one of the biggest risks overseas is danger on the roads. That’s more of a mundane risk, but it causes a lot of the cases we see. Often the roads are of a poor standard, or the drivers or vehicles are not up to scratch. That’s a physical safety risk, but also a security risk.

“For example, if you have a car accident, should you stop? Or leave the scene and report it somewhere else? There are often really specific things to know about, whether it’s catching a taxi in Jakarta or going to extreme conditions.”