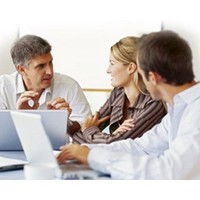 The business community has been slugged with another proposed change to the Fair Work system, in the most volatile week for the workplace relations system since the first tranche of changes to the federal government’s review was announced last year.

Workplace Relations Minister Bill Shorten confirmed yesterday any business which makes changes to rosters or working hours must “genuinely consult” with the affected employees about how the changes will affect their personal lives.

“Helping families with work and family balance, changes to parental leave to provide more flexibility to new parents and a requirement for employers to consider the impact of major change on employees’ family and care responsibilities – these are the signature changes we will soon bring before the Parliament,” Shorten said.

The changes are a response to the Fair Work Review conducted last year.

Russell Zimmerman, executive director of the Australian Retailers Association, also said he’s in full agreement with creating a flexible timetable for employees and, where possible, organising rosters around their needs. But he also said business requirements need to be kept in mind at the same time.

“I think employees have to realise employers have to run a business within certain hours,” he says. “It’s become quite a juggling act for retailers.”

“There is obviously some opportunity for retailers to try and change staff hours to assist people, but the other side of the coin is that if you’re shifting to weekends, those costs are much higher.”

However, the changes may not be as cumbersome as some businesses may think.

“Invariably what these clauses say is that where any major change redundancy or restructure were to occur, there must be genuine consultation.”

“However, it doesn’t require consent.”

Douglas says a consultation involves a back-and-forth between the employee and the employer, but the business does have the right to change the roster without consent.

“This exists implicitly in any case,” Douglas says, “in that if there are people whose personal lives are affected by a shift change and they have carer’s responsibilities, there is scope to cover that.”

Douglas says the latest change is merely expanding the existing right to those who don’t have it under their current awards.

This week has been a busy one for IR, with the government announcing several changes. More changes to the IR system are expected later this year as part of the government’s ongoing response to the Fair Work act.

The changes announced this week:

• Employees suffering bullying at work have a right of recourse through the Fair Work Commission.

• Employees can now request flexible working arrangements if they fall into the following categories: carers, workers with disabilities, mature aged workers and workers who are suffering from domestic violence.

• New entitlements for pregnant workers, such as special maternity leave rules and the right to transfer to a safe job.

• Flexibility for parents taking unpaid parental leave by extending leave from three weeks to eight weeks, and allowing them to choose when they want that leave.