Every business document should be in the cloud 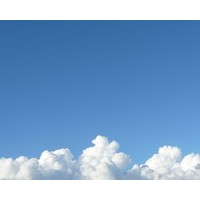 Yesterday I was at the Melbourne Google Enterprise Atmosphere on Tour event, the first of 25 events around the world. I am doing the keynote on The Evolution of Business at the Melbourne and Sydney events, giving an external perspective which happens to be highly aligned with the Google vision.

The event included a Google Apps demo. Since in my organisations we have used Google Apps for several years, the demo initially seemed very straightforward to me, though in fact I did see a number of features that we are not yet using that would be useful.

The demo seemed to be overemphasising the concurrent editing and collaboration features of Google Docs, which I think of as pretty basic. However it struck me that in fact the vast majority of organisations represented in the audience still store most of their business documents on a hard disk somewhere. The number of documents being emailed between people inside companies today is still massive.

That is crazy. Emailing documents back and forth is fraught with staggering problems, not least version control.

The first step is moving documents into the cloud, whether it is an internal and external cloud. Every document should be immediately available to whoever has the appropriate permission.

However, that is not enough. It is a massive limitation for only one person to be able to edit a document at one time. The most valuable work in organisations today – ranging from innovation to crisis response – requires instant collaboration.

Concurrent document editing with associated collaboration functionality is now table stakes for any organisation. It is a fundamental platform for value creation in knowledge-based organisations.

Clearly there are a number of providers for this functionality, with pretty much all enterprise software platforms now moving to at least the option of cloud-based simultaneous collaboration.

However it is done, this needs to be a foundation for how organisations work.