Execution as strategy: Who does it best? 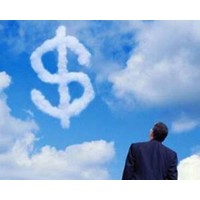 Do multinationals that were born in emerging markets hold some hidden strategic advantage that has eluded their developed-world counterparts? No – and yes.

Our research in Asia, the Middle East and Latin America shows that emerging multinationals share no specific strategy – in fact, many of them set little store by strategy, at least in the classical form that’s taught in business schools and espoused in boardrooms across North America, Europe and Japan. Their leaders spend a lot less time planning long-range moves and making forecasts than their counterparts from developed countries. Their strategy is to grab opportunities, even if significant risk is involved, and adapt their goals in “real time”.

These companies have a distinct advantage, and it stems from a mindset formed by business environments that are in constant flux – where labour is abundant and inexpensive but often unskilled, infrastructure is far from state-of-the-art, regulations may change unpredictably, and political instability is common. They are more impatient than developed-world companies and open to opportunities neglected by established multinationals. They have a higher appetite for risk and a higher tolerance for failure.

Such qualities have helped them move quickly out of their home markets and fuelled their rapid expansion into other markets across the globe. Lessons from their success are applicable to global firms wherever they’re from and wherever they do business.

Bimbo, the world’s largest bakery company, was founded in 1945 by a Spanish immigrant to Mexico. Initially seeking low-cost and relatively unsophisticated ways to grow, the firm expanded its operations throughout Latin America. It made its first US acquisition in 1996, thanks in large part to a focus on optimal efficiency in oven utilisation and delivery routes. By 2012, it had swallowed up more than a dozen US firms, including the bakery divisions of Weston Foods and Sara Lee.

Bimbo’s executives understand that in a low-margin business like theirs, execution is crucial. Profits depend heavily on getting the right amount of highly perishable products to stores at the right moment and at a reasonable cost. In many markets, “stores” are mainly mom-and-pop outlets scattered many miles from one another over poor roads. To make such customers profitable, Bimbo searches relentlessly for ways to eliminate waste and increase the efficiency of its operations.

Bimbo’s leaders are continually on the road, looking for ways to improve the productivity of its 100 plants on three continents, its huge truck fleet and other operational elements. For instance, it uses tricycle delivery bikes in urban areas of China where streets are too narrow for trucks. Meanwhile, all of its trucks are equipped with sophisticated computer systems to optimise delivery routes.

If there is a vision at Bimbo, it’s chief executive Daniel Servitje’s insistence on keeping “a firm grip on the day-to-day realities” of operations. Often, the only way for an emerging multinational to compete with its better-capitalised rivals in the developed world is to keep costs very low through a combination of operational excellence and cheap labour. Bimbo’s choice to focus more intently on execution than on detailed planning suggests that the company’s leaders understand the danger of becoming encumbered by rigid internal rules about which markets to target and how. Instead of getting bogged down in planning, Bimbo takes chances, experiments, gets market feedback quickly and does what’s needed to improve its value proposition to customers.

Developed-world firms often formulate their overseas plans in terms of decades. Emerging-market multinationals, by contrast, tend to be impatient to expand internationally. Scarcity of resources means that these firms are never fully comfortable in their domestic markets, so venturing into the unknown isn’t such a big leap. They plunge in, using their hard-won knowledge of how to do more with less.

Consider Ocimum Biosolutions, one of the major players in the Indian bioinformatics industry.

Ten years after its launch in 2000, Ocimum had become one of the world’s premier genomics-outsourcing companies. Its success owes much to its zeal for rapid growth. Anuradha Acharya, co-founder and CEO, has launched new products, pursued new markets and made acquisitions on a timetable few developed-world firms would find comfortable. In 2001 she assembled a small team to build Biotracker, a resource-planning tool that helps scientists in academic labs manage samples and research processes. Before the year was out – and before the product was completely ready – she closed the first sale. And just five years after its founding, Ocimum got a foothold in Europe by buying a division of Germany’s MWG, one of the firm’s clients and the leading genomics company in Europe at the time.