Director and executive pay: The outlook for 2012 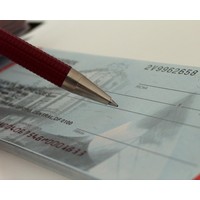 While still uncertain, the global economy appears to be showing signs of stabilising, and in some cases, a slow recovery. Australia’s longer-term structural adjustment is under way, although many companies in negatively affected industries still need to consider alternative long-term strategies.

This year will probably offer limited earnings growth opportunities. The few bright spots are in resources and agricultural commodities, and the companies that service these industries, but only after sinking considerable investment dollars. Which means many companies will continue to focus on capital efficiency, as they have for the past four years.

More will seek to return capital to shareholders through better dividends, rather than investing for hard-to-achieve earnings growth. This makes sense, as the share market is re-rating higher yield stocks as the primary source of shareholder returns. The implication is that more incentive plans will be based, at least in part, on capital efficiency.

But setting a benchmark range can be difficult. While the long-term cost of equity may be at about a 6% premium to the risk-free rate, it has fluctuated significantly in recent years. The real cost of debt will increase (if the banks will give you any). In addition, given the risk premium, investors will want a return considerably higher than the term deposit rates they get at their local bank.

Companies using earnings growth as the primary LTI metric will have low thresholds that, if, or when they are disclosed, will be contrasted with the 8-12% growth figures of the recent past. To minimise the risk of a shareholder backlash, prudent directors may wish to specify performance hurdles as X% to Y% above an external benchmark, such as CPI growth, GDP growth, or an externally-derived industry index. No need then to worry every June remuneration committee meeting about whether an earnings target is too easy or too tough, and then running the gauntlet of investor criticism the next year. We will address the pros and cons of this method in forthcoming articles.

If yield is what investors are seeking, and growth is not expected, why provide executives with equity payment in a form that only rewards share price growth?

Performance rights are ubiquitous. On vesting, they typically provide executives with a share. What happened to the dividends that the executive sweated out of the company’s assets to appease shareholders twice a year for three or four years? He or she would have been better to retain earnings and eke out a bit more share price growth, even if this capital strategy is not justified by the additional investment.

But taking account of dividends in LTI plans is more a suggestion than a 2012 prediction. Our crystal ball article in February 2013 will indicate if companies have done something about it.

The 2011 remuneration vote saw about 42 out of a sample of 447 companies receive a first strike under the government’s two-strikes law. Thirty-five of these were ASX300 companies.

The surprise was that there were not more ‘no’ votes, given that the increased frequency of significant pay increases without performance broke the trend of improving pay practices since expanded public disclosures in 2005 (so perhaps some investors held back from casting ‘no’ votes).

The outcome, in a year in which EPS growth was poor and TSR growth was non-existent, was median ASX300 CEO pay increases of 7% (see HERE).

A number of companies incurred a first strike because substantial-shareholder KMP were excluded from voting on the remuneration report. In these cases, the two-strikes law is an inconvenience that, if it results in a board spill, will simply see the directors re-elected, as KMP can vote for directors. In other cases, the two strikes law may be being used to cause mischief that has little to do with remuneration.

With sensible pay adjustments and pay better correlated with performance, about half of the 42 should avoid a second strike. However, the issues with the other half are unlikely to be resolved in time to show much difference in the 2012 remuneration reports.

These companies’ problems are that absolute pay levels are too high, or they had an unsatisfactory policy in place well into the 2012 financial year before they received remuneration vote feedback. Changes to these policies cannot be effected until the 2013 year, so a consistent approach from investors is likely to see second strikes for many of these companies in 2012.

Whether it is too late to respond with changed policy, or better-aligned pay outcomes are achieved, it is critical for directors to engage with their shareholders (see HERE)

Over the years we have published more than 20 articles addressing various aspects of risk management (access the archives HERE).

Much as we would like to take the credit, it was the GFC and subsequent APRA regulation of the financial sector that provided the impetus to incorporate risk management into executive remuneration frameworks. This trend is set to continue into 2012.

While some companies have reversed short-term incentive (STI) deferral, we expect more companies to adopt deferral as a risk management mechanism. Some companies, mostly in the property industry, reversed STI deferral in 2010-2011. Cynics may suggest this reflected the fact that bonus pools in this industry dried up, instigating a change in mix to more LTI and away from deferred STI. This was a blip in the trend, and we see no reason for STI deferral not to continue to spread.

STI deferral has often accompanied the reduction or elimination of LTI at lower levels in the executive ranks. This has been less evident for direct reports to CEOs and at CEO level, where target incentive pay has tended to increase, but with more mechanisms to forfeit this pay if it becomes apparent excessive risk was taken.

Other elements of risk management, such as the use of risk adjusted financial measures of performance, have been painfully slow in their take-up rate outside of financial services. We do not see this trend changing much, apart from some companies starting to take account of the weighted average cost of capital in some of their capital efficiency metrics.

The extent that executive pay levels increased in the year to June 30 and September 30 last year was surprising. CEO pay increased 7% (see HERE).

When viewed in the context of modest earnings growth and fewer lower overall majority remuneration report “no” votes, this indicates that at least some institutional investors pulled back from expressing frustration to avoid losing portfolio value because of the threat from the prospect of a board spill under the two-strikes law.

The question remains whether the companies that awarded smaller pay increases in FY11 will play catch-up this year, so we see another relatively high rate of CEO pay increase, despite continued modest earnings growth.

We urge caution. The trend since the introduction of the non-binding vote on pay has been for an increase in the number of “no” votes (last year excepted), despite improvement in pay practices, as investors became more comfortable in exercising their muscle. We expect the trend for increased “no” votes to resume at some stage, as investors reassert their power – even if it is not evident again in 2012.

The second note of caution is that the proxy firms are becoming more sophisticated each year with their assessment of the extent that pay varies with performance. This will feature more prominently in their evaluations and recommendations.

The third note of caution is that the proxy firms and institutional investors remain intolerant of companies that fail to explain large variations in pay from one year to the next. Poor company communications and engagement should no longer happen, but will. This was the problem last year for at least half the companies with large no votes. Notwithstanding our notes of caution, our crystal ball, while a little foggy, indicates some companies will be aggressive on pay. We tip median increases will be higher than earnings growth, at about 5% to 6% for the CEO as games of catch-up are played.

While some would say that the nexus between executive pay and company productivity growth is broken, the same could also have been applied, even more aptly, to lower echelons of the workforce. There are signs that this is changing.

Productivity gains are being forced upon companies as they seek to drive down costs as the way to attain some earnings growth in stagnant markets. This will filter up to executive ranks, and be more evident in some industries than others.

In 2012, financial services and retail executives will feel this the most, but other industries will not fully escape. Hence, we could see a bimodal distribution of executive pay movements. Companies that increased pay significantly last year may not do much this year; companies facing tough times may limit increases to their most productive employees via incentive pay; and companies that are playing catch-up to others from last year’s significant increases may be more generous.

The government’s response to the CAMAC report on executive pay disclosures is likely before June 30, 2012, for implementation from July 1, 2013.

Some companies may like to be early adopters, as they try and enhance the way in which pay is reported. In any case, more companies will provide “pro-forma” summary pay tables in addition to the statutory tables, as they try to clarify what pay was actually delivered.

This has been a bit of a sleeper since the introduction of diversity reports to shareholders was delayed to FY12 reports. However, we expect increased media attention, and rating from corporate and social responsibility (CSR) agencies will start to have an impact on board deliberations in the second half.

Diversity targets are likely to be given more weighting in STI objectives in late 2012 and beyond.

We trust that there will be no more significant legislative changes prescribing how non-executive directors do their job. So, assuming compliance requirements have been met, the focus of the remuneration committee in 2012 should be to:

NEDs will have to put in more legwork engaging with stakeholders. The remuneration committee will have to rely on new, more independent, external advisers. While this may not be welcome, grasp it as an opportunity and make headway on executive and director pay matters. From Guerdon Associates, good luck for 2012!