“F-ck off you morons!”: Shareholder bites back in Globe skate brand raid 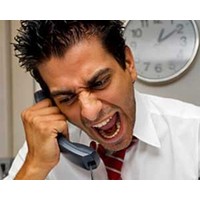 Globe’s board, which owns 70.7% of the group’s shares, has urged the remaining shareholders to reject Mariner’s $19.7 million scrip bid and board members announced they would reject the offer themselves.

Other shareholders look set to follow suit, with former Globe director, Melbourne barrister Norman O’Bryan, making his feelings clear in his acceptance and share transfer form, which he sent back with “F*ck off you morons!” scrawled in large black letters across it.

“But I’m a fairly tough nut, I wasn’t offended and I don’t get too worked up over that sort of thing,” he says.

Private Media contacted O’Bryan but he failed to respond prior to publication. A spokesperson for Globe said O’Bryan’s actions were those of one individual shareholder and the company was unable to comment.

However, the ownership battle is set to continue with an extraordinary meeting scheduled for February 6 where Mariner has indicated it wants the chairman of Globe to be pushed from the company’s board.

“We’ll be going to the shareholder meeting on 6 February and we will be asking some questions of the board. Our primary disappointment is the board does not seem to be listening to messages from shareholders and they are treating it as a private company,” Olney-Fraser says.

“To get to two strikes and still not add any new non-executive directors or chairman shows a fairly blatant disregard to the message from shareholders – they are just plowing on regardless.”

He says the removal of chairman Paul Isherwood is essential.

“I think that directors who act like that shouldn’t be running public companies and a chairman who allows that to happen to his board should be ashamed of himself,” he says.

David Gordon, partner at Bentley’s, said as the board members owned most of the shares, if they don’t want a takeover to happen, it probably won’t happen.

“This bid has uncovered the issue of small cap listed entities which are private companies in all but name and don’t have the growth and profit pressures associated with diverse shareholder demands or requirements,” Gordon says.

“The fact is that Globe by all measures was an underperforming business and if any acquirer believes that there is value in the business they will need to meet most probably the inflated price of the current shareholders.”