One of the speakers at Facebook Workplace's Flow conference. Source: Supplied.

In a world dominated by the likes of Slack, Trello, and even the humble Google Doc, foraying into the workplace collaboration tools market might seem like a questionable choice in the modern day. And for any company other than Facebook, it probably would be.

But at the start of 2016, the company had an idea: why not take the platform billions of people use every day, strip it back a bit, and turn it into a social network, for work.

The concept of using a purely social platform as a workplace management tool is one that would seem ridiculous — if it hadn’t been something Facebook itself had been doing for years already.

The company’s engineers had long been collaborating and coordinating projects through Facebook Groups and Messenger conversations, but it took time (and one savvy developer) for the company to realise other organisations might want to do the same. 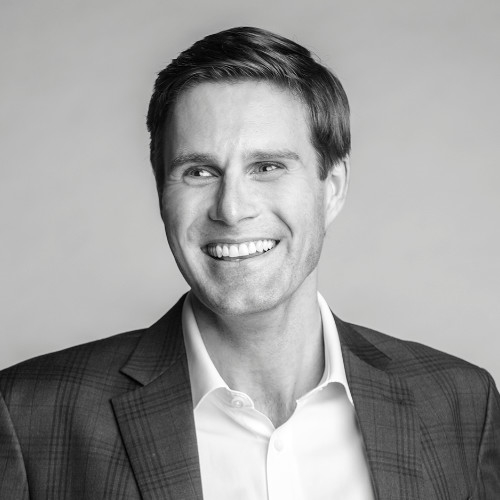 This included numerous emails being sent in long threads between numerous members of each team, often with bespoke attachments and numerous version controls. These issues led to more Facebook employees using Groups for work, which naturally led to a whole number of other issues.

“As more and more teams started using Groups within the product, they realised the user experience wasn’t great. You’d have both work-related things in your newsfeed along with what’s happening in your personal life, there was no separation,” he says.

“We realised there actually should be a separation between work and my personal life on the platform, and that was really the genesis of breaking out Facebook at Work in 2016.”

Rolling out as Facebook for Work in 2016, the product was later changed to Facebook Workplace and given its own dedicated team within Facebook to build out the product and attract more users.

However, instead of sharing a pic of the martini you drank last night, you’d share an update on your team’s KPIs, or a post introducing the company’s newest hire.

This year, for the first time, Facebook held a dedicated conference and workshop week for Workplace, titled ‘Flow’. At that conference, McNeal ran us through the astounding growth of Facebook Workplace, which boasts high-profile local clients such as The Iconic, NAB, Bunnings and the NBN.

“It’s rapid, in a simple term. We have over 30,000 customers globally, ranging from financial institutions to airlines, to retailers,” he says.

“Australians are fast adopters of new technology, it’s no different with Workplace.”

Startups and SMEs getting on board

While the platform is more suited for mid-to-large sized organisations, some smaller players have been getting on board too, with fashion brand Spell & The Gypsy Collective signing up.

“[We] had a staff intranet and dabbled in Slack a little a while back but we weren’t finding people were using it actively and weren’t getting the engagement we wanted,” the company’s marketing manager Mel Carrero told SmartCompany.

“Our digital strategy manager found out about Workplace and asked our HR manager whether we could trial it with our marketing team, to then possibly roll out across our whole business. We had an initial trial with the smaller team which was a huge success so we rolled it out across the business.”

Despite the product’s tendency to larger companies, McNeal says small businesses can still struggle with communication and collaboration even with a team of just 20 people, and that the platform had a number of users in all facets and forms of business.

The Spell and The Gypsy Collective team. Source: Supplied.

One business benefiting from Workplace’s launch in a different sense is Enablo, a local startup run by Australian Daragh McGrath. Launched just 18 months ago, Enablo is one of the primary resellers of Workplace in the APAC marketplace, with McGrath telling SmartCompany he saw the opportunity early and didn’t hesitate to jump on board.

He and his two co-founders, who he’d worked with in the past reselling Google services, quit their jobs as soon as Facebook Workplace came to market with the goal of being the exclusive reseller for the service Down Under.

“Lo and behold, we’ve proven ourselves and now we’re one of the leading partners,” he says.

One term bandied around at Facebook’s Flow conference was Workplace as a potential ’email killer’, which is something McGrath agrees with in part. He says while the tool goes a long way to removing the need for internal emails, emails coming from outside the company will persist for a while longer yet.

“I’m not going to be so bold to say it will make email disappear completely. It doesn’t eliminate emails from your suppliers or vendors or customers, but it does free up your inbox from internal dialogues so you can deal with your external clients better,” he says.

Enablo has been growing at a “very decent clip” with over 220% revenue growth in the last year, which McGrath says is set to continue into the future. But despite the founder openly admitting his business is a startup, when it comes to dealing with clients, he has to take on a different tone.

“We are a startup, there’s no denying that, but we don’t refer to ourselves as a startup. The nature of our clients means they’re largely blue-chip companies, and there can be a certain level of risk associated with the term ‘startup’,” he says.

The elephant in the room

But beyond that risk, clients have also come to McGrath with greater concerns when it comes to implementing Workplace, with many of those concerns hinging on Facebook’s fairly awful report card when it comes to privacy and governance.

It’s safe to say the tech giant has had a less-than-stellar 12 months, with the company’s troubles coming to the fore after data analytics firm Cambridge Analytica was found to have misused the data of 87 million Facebook users earlier this year.

Since then, the company has been in hot water, with founder and chief executive Mark Zuckerberg fronting Senate committees in the US over the company’s handling of data, along with further questions raised about the business’ interactions with political attack firms in the US used to smear high-profile critics of the business.

To top it all off, Facebook has also suffered through its worst-ever data breach this year, with the personal details of over 50 million users exposed accidentally.

Naturally, these concerns are top of mind for big businesses doing their due diligence, but according to McGrath, companies haven’t ultimately been deterred from using Workplace because of the recent scandals. 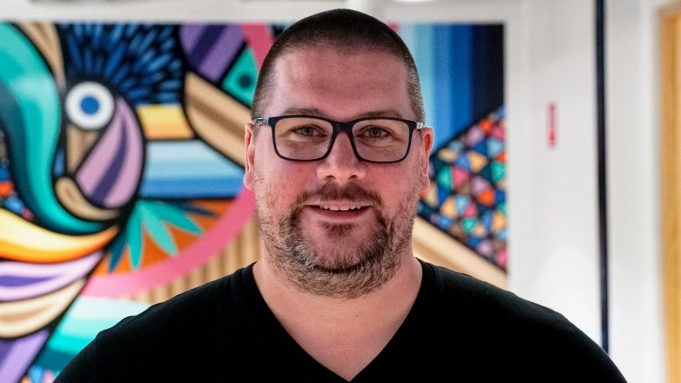 “We were deep in negotiation with a number of organisations when the Cambridge Analytica scandal broke, and it definitely brought on an extra round of questioning and contractual reviews,” McGrath says.

“But in the end, it didn’t stop anyone, none of our discussions collapsed. I think the reason for that is because Facebook was very transparent about what happened with the Cambridge story, and they were very forthright and forthcoming about their scrutiny and compliance.”

Despite this, McGrath says it’s still something that comes up in the first conversation he has with potential customers but views it as a good thing to get out of the way early.

“The one thing I’ve learnt about Facebook while running Enablo, is that they never do anything by halves,” he laughs.

SmartCompany travelled to Flow as a guest of Facebook.

Can it be hosted internally rather than through FB? There is a glut of apps used to manage internal comms like Yammer and Sharepoint. I doubt many of them get used enough because they just add another app when email works.