Facebook’s equity gaffe: How not to shape your staff options plan 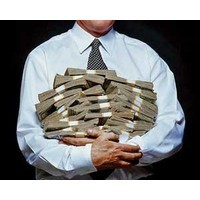 The staff at social media company, Facebook, and online games maker, Zynga, are in a funk, according to newspaper reports today.

It’s to do with the employee share plans the two big internet companies run.

Staff received shares in the initial public offerings of both companies. Zynga listed in December last year, and Facebook in May this year. Zynga’s share price has fallen 75% and Facebook’s by 46%.

The massive amount of wealth lost to staff of the high-profile internet companies, calculated by The Wall Street Journal and compensation researcher, Equilar, was published in The Australian today.

Staff at the companies are feeling down about their shareholdings, the newspaper reported, even though the average stock value of staff at Facebook was $2.5 million as of last Friday.

The problem, it seems, is the $2 million more that the shares used to be worth, on paper, several months ago.

Employee share plans are one the increase in Australia too, both in public and in private companies, says Ray Cummings, a director at accounting firm, Pitcher Partners. Cummings advises clients on how and when to establish such schemes, and who to include in them.

In public companies, the case is an obvious one: tie the key executives’ rewards to the share price performance, and you have a market price and mechanism for realising the reward.

“Over the last six to eight months we are sensing a spike as people say: we think things are going to happen, so lock it in now, while values are low.”

The risks of broad-based schemes

Giving shares to staff, who have little say in the decision-making, is a less convincing case as an employee engagement mechanism, Cummings says. “Talking from long experience creating employee share plans in public and private companies: if the price goes up, it works; if it goes down, it doesn’t work.”

And it can destroy productivity. “I always caution clients before they set up employee option plans; they can provide a total and utter distraction for employees. They are always asking what they get out of it, about compliance and management of the shares. Many a client says to me, I just wish I hadn’t bothered.”