Fair Work Act review: Weighing up the evidence, the spin and the wedge 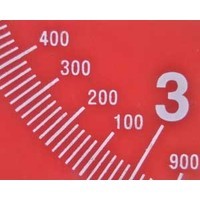 The post implementation review of the Fair Work Act, 2009, was released yesterday. A three member panel – Professor Ron McCallum, Dr John Edwards and former judge Michael Moore – produced the three hundred-odd page document after reflecting upon some 250 submissions and several consultations with stakeholders across the country.

The report makes 53 recommendations in relation to potential changes in the system, most of which relate to fine-tuning the enterprise-based bargaining system, reframing the role Fair Work Australia to focus on conciliation of intractable disputes, and promoting enhanced productivity through the existing system.

The review was announced in the first week of the term of the incoming Workplace Relations Minister, Bill Shorten, in late 2011. This was in line with the commitment in the Fair Work Act’s Explanatory Memorandum to undertake a review of the Act’s operation by January 2012.

You will recall that at the time the review was announced by Shorten, employer and the Coalition party sledging of the Act had reached a fever pitch. Fair Work – especially its bargaining framework – was said to be “inflexible”, “a drag on productivity”, leading to a “boom in industrial action” and, among other things had apparently lead to an “explosion in trade union power”.

The review presents a careful response to the arguments made in submissions to the review and offers and analysis of the available data on outcomes in workplaces under the Fair Work framework, addressing a number of features of the act including bargaining. What does it find?

Perhaps at odds with the views of the business lobby and federal opposition, it sees the Act chugging along rather well and that the IR “sky” has not “fallen in”. In relation to bargaining, since the Act became operational, over 18,000 agreements have been approved, covering some 2.4 million employees. The vast majority of this bargaining has occurred on a voluntary basis, and Fair Work Australia has sought to leave it to the parties to make the system work.

The employer lobby may be decrying Fair Work enterprise bargaining, but employers themselves seem to have gotten down to the business of actually using the system. The review (drawing on, among other things, data on real wages growth, industrial action and agreement content) finds that the mechanisms of the act are not inconsistent with “national economic prosperity”.

It makes some sensible suggestions in relation to a more hands-on approach by Fair Work Australia to assist the parties to use the system to build productivity, such as drafting and promoting productivity clauses for enterprise agreements. Significantly, it does not blame the current act for flagging productivity and points to the “disappointing” productivity outcomes in Australia for over a decade. (I’ll remind you that the FWA has been fully operational for only two and a half years.)

Perhaps the more interesting thing to watch in the coming days, will be the reaction of members of the Coalition parties and the business lobby. The Twitter feed on the review this afternoon suggests that the spin on the Fair Work Act has changed little since Minister Shorten announced the review. But keep your eyes on Tony Abbott. He is a man who is deeply wedged on IR policy. He walks the line between having promised not to enact WorkChoices-style changes (remember the “Dead, buried and cremated” line?) and criticising every move the government makes. All without any discernible policy between these two points.

But an even greater bind presents itself. Abbott’s policy battle in IR may be less with Bill Shorten – regardless of what the response of government is to the findings of the review, and more within his own party. Some within the Liberal party – and the conservative business groups with whom they align themselves – feel there is a mood for more radical policy. It will be an interesting week for wedge and spin. Don’t forget to consult the evidence.