Fair Work’s internship crackdown: What you need to know 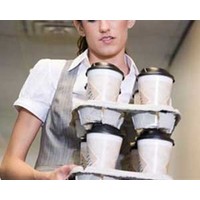 “We were surprised,” co-author of the report and leading Adelaide University industrial relations expert Andrew Stewart tells LeadingCompany. “From the minute the research project was announced so many people got in touch.

“It’s much more widespread than we thought. We can’t say exactly how many people are involved, about it’s our very strong sense that this area is growing.”

Unpaid internships – sometimes called work experience, work trials or work placements – are typically offered to jobseekers as preparation for entry into a full-time job. At their best, they offer young people a taste of what it’s like to work in a particular industry, and to an employer, they can offer a pool of possible future hires.

But internships have been criticised overseas in recent years, particularly in the United Kingdom and America, where the practice of unpaid internships has a longer history.

In the United Kingdom, tax authorities make unannounced visits to work premises in industries believed to have a high portion of unpaid interns, in breach of minimum wage laws. And in the US, where a lengthy unpaid internship is a prerequisite to entry in many prestigious industries, a book published in 2011 by Ross Perlin, Intern Nation, unleashed a national debate about the costs of such an economic structure.

Internships, Perlin argued, aren’t just exploitive to those who engage in them, but also risk shutting out those from poor backgrounds from certain types of professions. It’s something Stewart says is a real risk in Australia as well.

“These arrangements are driven by an oversupply of graduates in key professional areas. Many go into these willingly,” Stewart says. “If interns score a good job at the end, they will likely view the period of unpaid work as a good investment.

“The trouble is for everyone who does get a job, many others don’t. One particular concern we have is who this practice is squeezing out – those people who can ill-afford to work for no money. Internships favour people from wealthier backgrounds.”

In Australia, unpaid work experience, even if carried out as part of an internship, is in many cases illegal under the Fair Work Act. Exemptions exist when such an arrangement is for training purposes, or as part of a trial, but even then limits exist.

Up until now there haven’t been many legal cases regarding internships, says Peter Vitale, an industrial relations lawyer. “But I do have a feeling, given the fact that the ombudsman has released this report and is taking an interest in the area, that there may well be more litigation in the near future,” Vitale says.

“I would say that the majority of businesses that engage in these arrangements don’t really give any thought to whether it’s a lawful arrangement or not. I think there’s an assumption that if the arrangement is for the benefit of both parties, then it’s OK on that basis.”

Stewart says it is by no means a small-business issue. The report uncovered inappropriate use of interns in large businesses, large law firms, and even in universities.

“In some cases, when it affects very large organisations, you have to look at them and ask, ‘Can’t you afford to pay that’? After all, in many cases these are very low rates of pay – we’re talking minimum wage. In Australia, there are provisions to pay people under 21 and apprentices very low wage when they start out.”

Unpaid job trials were a particular area of exploitation, Stewart says. “Supposedly, they’re about testing you out for a position. But in many jobs it only takes a morning or two to do that. When we found trials extending into two, three or even four weeks, well, it’s very hard to see that as anything other than exploitation.”

The report made several recommendations, all of which have been embraced by the Fair Work Ombudsman.

Vitale welcomed the report, saying having a debate on the issue is a good thing. “I think there needs to be some sort of policy consideration as to what should or shouldn’t be allowed, and on what terms. It seems to me that in many cases, these internships are very much to the benefit of someone looking for work, and like most industrial relations situations, it might well be that the minority who exploit the situation make it problematic for everyone else.”