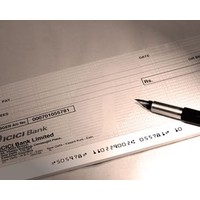 In 2011, the median change in total compensation for all non-executive directors, or NEDs, (both chairmen and directors) was 5.1%. The change significantly higher than the 0.3% in 2010, but lower than the 7% median change in CEO total pay (see our December article HERE).

We analysed the change in non-executive director remuneration from 2010 to 2011 using GuerdonData®.

To validly determine the rate of increase, we look at same-incumbent data. That is, we identified the NEDs who were in the same role for all of the last two financial years. The 728 such NEDs are drawn from ASX300 companies in all industries, with market capitalisation ranging from $40 million to $120 billion (as at February 3, 2012).

A 5.1% increase in NED total compensation represents about $7,500 on the median fee of $148,000. Most of the increase (90%) was delivered in additional fees and the remainder was made up of share-based payments.

The average incumbent-weighted increase was skewed significantly higher at 29%.  This skewing is due to a small number of large increases in fees and/or share-based payments.

Note that some increases result from increased responsibilities rather than an increase in fees. A sample of NEDs who have been in that role with the same company for at least two years will, on average, be more experienced than a sample that includes NEDs who have only been in the job for one year, and is therefore more likely to include directors who have been allocated more committee or other responsibilities attracting more fees over the two years being considered.

The following table summarises the percentage of NEDs receiving each component of remuneration in 2009, 2010 and 2011.

The energy and utilities sector directors (excluding chairmen) received the highest median total compensation changes at 10.4% and 11.0% respectively. The healthcare sector was the least likely to increase fees and awarded the smallest increases.

Table 4: Median change in total compensation for directors by industry

The energy and materials sector directors received the highest proportion of total compensation in the form of share-base payments at 15.2% and 17.7% respectively.

The likelihood of receiving an increase in total compensation and the size of the increase is not clearly related to company size. The smallest companies (less than $600m market capitalisation) were the least likely to award an increase from 2010 to 2011 and awarded the smallest increase in compensation. However, the frequency of increases was much the same for companies above $600m, and those between $600m and $1.3b awarded the biggest increases.

The most notable change in total compensation is that the smallest companies have resumed their share-based payments, after a significant fall in 2010. The proportion of total compensation awarded in share-based payments by the smallest companies rose to 7.5%, after falling from 12% in 2009 to 2% in 2010 (presumably because of the uncertainty associated with the introduction of the new share plan tax rules on July 1, 2009).

The largest companies (over $4bn market capitalisation) have the smallest proportion of total director compensation in the form of share-based payments, at just 1% of total compensation and with only 4% of directors receiving them.