Finding the profit in fairness 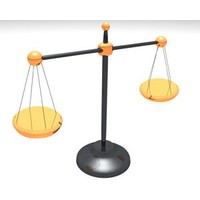 Fairness in financial services is a hot-button issue the world over. More and more voters are convinced that the financial system benefits its institutions more than the consumers they serve. As a result, bankers and other finance professionals in the US and Western Europe are bracing themselves for waves of regulation, and the financial institutions of emerging markets such as China and Brazil are likely to remain heavily regulated and insulated from competition for the foreseeable future.

Underlying the strong appetite for regulation are the assumptions that it’s impossible for a bank to make money by being fair to its consumers and that fairness can be achieved only through legal and policy tools. These assumptions are false. Banking can be both fair and profitable – in fact, fairness can be a source of competitive advantage.

Our evidence comes from a segment of the financial services industry seldom associated with fairness: consumer credit. A subsidiary of the German Volksbanken Raiffeisenbanken Group, TeamBank, has successfully developed a consumer credit product – easyCredit, a suite of personal loan offerings – into a brand that transforms the fuzzy concept of fairness into a credible set of product characteristics and operating processes. With a 7.3 billion euro ($9.5 billion) balance sheet, an operating profit of 167 million euros and almost 600,000 customers, TeamBank is the number three consumer finance provider in the German market. Although TeamBank doesn’t offer the lowest interest rates, German consumers have voted with their wallets to endorse its strategy of competing on fairness rather than on price.

TeamBank was originally Norisbank, the retail banking and credit arm of the German mail-order giant Quelle. VR Group acquired Norisbank in 2003, and in 2006 it sold off the retail portfolio and bank branches to Deutsche Bank, retaining only the consumer credit arm. It renamed the business TeamBank as a way to strengthen the VR Group’s position in the consumer credit market. The move caused much fear and uncertainty among the staff. Would TeamBank be able to stand out in a cutthroat, price-driven German market?

TeamBank began by re-examining its market position. A market analysis revealed that although customers were price-sensitive, they also wanted “fairness.” That was understood to mean more-flexible repayment options and greater transparency around the processes for managing loans.

In response, TeamBank overhauled its consumer finance product, easyCredit. It would offer a 30-day customer retraction period, make repayment insurance optional rather than mandatory, eliminate the penalty on partial repayments and even offer a “protection package” that would allow short repayment extensions in the event of unforeseen difficulties.

The repositioning was risky: while there was evidence that customers would embrace the changes, TeamBank leaders knew they’d have some work to do to get organizational buy-in.

Bumps in the road

At first, TeamBank’s market positioning met with resistance from the other retail banks in the VR Group. When TeamBank discontinued special offers, for example, some regional VR banks stopped selling the easyCredit product altogether. Many branches did not like the fact that the TeamBank interest rate could be as high as 13.99%.