Five reasons European depositors shouldn’t run on their banks, but might anyway 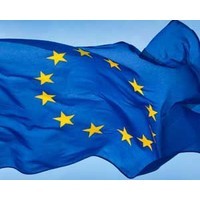 A financial bailout plan for the tiny economy of Cyprus – the island south of Turkey that makes up just .25% of the Eurozone economy – has provoked international headlines for one reason only: its decision to impose a levy on bank depositors in exchange for a bailout from the European Union.

Under the agreement with the Cypriot president, Nicos Anastasiades, anyone with a deposit in a Cypriot bank – individuals or companies – will pay the levy, which is 9.9% for deposits over 100,000 euro and 6.75% for deposits under that amount. In return, depositors will get shares in their own banks, and those who keep their money in the bank will be given bonds linked to the revenues of natural gas projects.

Stock markets in America, Europe and Australia fell in reaction to the news from Cyprus, where distressed locals spent the weekend queuing at ATMs in a desperate bid to withdraw funds before the levy affects them. It takes effect from Tuesday, after a public holiday.

The crisis in Europe comes as a surprise – the world economies and investors were reassured by the promise by the ECB last year to do whatever was needed to ensure the survival of the euro.

Before that commitment, depositors had been fleeing banks in the struggling economies of Spain, Italy, Greece and Ireland in case they suddenly found their banks full of worthless pesos or lira.

Ironically, the Cypriot banks will be stronger as a result of the move to shore up their capital base, so there is less risk of a collapse, says Shane Oliver, head of investment strategy and chief economist at AMP Capital Investors.

There are strong reasons for the unprecedented action of snatching money from depositors that make it very unlikely to occur elsewhere in the eurozone.

But these reasons may not be sufficient to prevent bank depositors across all the countries in the eurozone from starting to worry that the same may apply to them. Oliver says: “If people think there might be such a deposit tax in the future, they may start to rush to their ATMs to get their money out.”

We take a look at reasons European depositors would be wise to leave their money in the bank, despite the crisis in Cyprus:

1. Cyprus constitutes a tiny part of the European economy – just .25%. Greece, on the other hand, was 10 times bigger when it got into trouble, or 2.5% of the eurozone economy.

If not for the action taken by its government to levy depositors, with its potential to cause a wider panic, no one would have cared about the decision.

If the panic is contained, the economic woes of Cyprus are unlikely to have a wider impact on Europe’s economy.

2. The decision to levy bank depositors has understandable logic because of the unusual nature of the Cypriot economy, Oliver says. For example:

b. More than 30% of deposits in Cyprus are from countries outside the eurozone. This is because it is widely known as a tax haven – with a corporate tax rate of 10% – and a centre for money laundering.  If the ECB had bailed out the banks, it would have been bailing out the foreign depositors too, an unpalatable result.

c. Because of its tax haven status, its bank assets constitute 800% of Cyprus’ gross domestic product, compared with the European average of 350%.“The feeling is that Cyprus’ problem is largely a bank problem owing in part to it being tax haven,” Oliver says.

3. The European Central Bank (ECB) has guaranteed liquidity for eurozone banks, which means that depositors won’t turn up to their bank and find it has no funds. However, there has not been an unequivocal guarantee that the deposit levy will not be applied in other countries. “So far, there hasn’t been a run on the banks, so the president of the ECB has not had to make any promises,” Oliver says. “European Union Economic and Monetary Affairs Commissioner Olli Rehn ruled out deposit taxes for future rescues, but in the short term this won’t necessarily stop depositors in other eurozone countries from worrying about it.”

5. Ireland and Portugal are already well down the path of economic reform, Spain’s banks have the money they need without deposit taxes, and Italy doesn’t need money for its banks.