Four computer glitches that bought stock markets to a halt 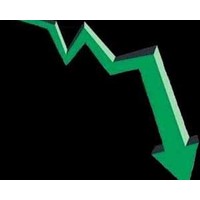 It must be something about October.

From 12.11pm to 3.56pm yesterday, the Australian Securities Exchange was unable to publish market announcements. Trade was halted for 23 companies, including steel-maker Arrium, when they submitted announcements that the ASX was not able to relay to investors. As the market closed, traders were flooded with hundreds of company announcements, leaving traders with a backlog of information to digest.

It’s not the first time in recent memory that the ASX has been felled by a technical glitch. A year ago, on October 27, the ASX had to shut down for four hours as it sought to remedy a computer meltdown.

While yesterday’s situation doesn’t appear to have caused too much damage (by the closing bell the ASX broke the 4500-point barrier for the first time since July 2011, even though volumes were low), it highlights how vulnerable global sharemarkets are to computer errors.

If the global record shows anything, it’s that in calm circumstances, such moments of confusion are manageable. Trades can be reversed, and markets generally recover at least some of their losses. But if such an error happened during a period where prices were already rapidly falling, it could trigger a proper ‘run’ on the market, with everyone scurrying to sell out before a complete crash.

In investigating yesterday’s glitch, the Australian Securities and Investments Commission joins dozens of regulators worldwide currently looking into one error or other that has recently caused share price carnage.

Here are four computer glitches that have recently bought global bourses to a partial or complete halt.

On October 3, the NASDAQ cancelled trading in Kraft after a computer error sent the snack company’s price soaring 30% higher within minutes of the opening bell. Later that day, the exchange said it would cancel all trades in Kraft above $47.82 that were executed between 9.30am and 9.31am. It called the $1.5 million worth of trades “clearly erroneous”, without elaborating.

It’s not the first time this year that glitches on the NASDAQ have hurt individual stocks: Facebook’s IPO (on May 18, 2012) sent NASDAQ’s system crashing under the weight of demand for the stock. Early trades were delayed for half an hour, and after officials at NASDAQ said the glitch was fixed, more issues with trading followed. For the first half of the day, traders were unable to verify whether their Facebook trades had gone through.

Then, on August 1, a software glitch threatened to send listed broker Knight Capital into a “near-death spiral” (according to its chief executive). The prices of about 150 stocks mysteriously skyrocketed. It was eventually revealed that Knight’s own high-frequency trading platform was responsible, due to problems with the algorithm it used. Officials cancelled all trades executed 30% above or below a stock’s opening price on that day, and Knight Capital lost $440 million.