From Fitbit to Fitocracy: The rise of healthcare gamification 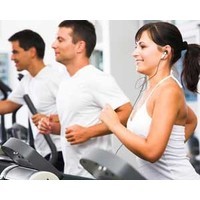 These days, anyone with a smartphone can download a variety of games designed to make them healthier, whether that means helping them stick to an exercise routine, lose weight or manage a chronic illness. The games, invented by health insurers and a host of technology startups, are marketed directly to consumers, who use them to track their progress and record key health metrics such as blood sugar and pounds shed. Players of these games can win rewards, perhaps even cash, if they hit their health goals.

Experts have dubbed this trend “the gamification of healthcare”. It means “applying elements and design concepts from games to other contexts that are not themselves games,” says Kevin Werbach, Wharton professor of legal studies and business ethics.

“Using motivational techniques from games is part of it, as is creating engaging experiences for people.” Werbach is co-author of For the Win: How Game Thinking Can Revolutionize Your Business, which argues that companies should think like game designers when they are devising new ways to motivate employees and customers.

In healthcare, however, gamification presents a distinctive set of challenges. Healthcare providers that want to offer games to their customers must do so without violating federal patient privacy regulations – a requirement that can make it difficult to target games to the patients who will benefit most from them. Even companies that are not subject to those regulations are finding themselves under pressure to protect players’ most personal data.

Then there is the problem of the games themselves: how can companies make them engaging enough to keep customers interested? “It’s sometimes hard to build a game that’s sufficiently serious and on topic, but also fun,” Werbach says.

Health insurance providers were among the first to dip their toes into gamification. UnitedHealth Group, for example, launched OptumizeMe, an app that allows people to participate in fitness-related contests with their friends, and the company is pilot testing Join For Me, a program that encourages adolescents who are obese and at risk of developing diabetes to play video games that require dancing or other physical activities. Healthways has a Boston subsidiary called MeYou Health, which has developed a rewards program for people who complete one health-related task per day.

Several technology startups have burst onto the scene as well, many of them focused on fitness. GymPact uses GPS to track its users to the gym. Members who meet their workout goals win cash, much of it from GymPact members who pay penalties for failing to exercise as promised.

Fitbit, based in San Francisco, markets wireless tracking devices that sync to smartphones and computers so that users can track their fitness activities. Then there is New York’s Fitocracy, which is more of a Facebook-like social network, where people can track their workouts, challenge friends to exercise contests and earn recognition for meeting goals.

Werbach notes that there has also been a plethora of smaller companies inventing games for people with challenging health issues, such as SuperBetter Labs, a San Francisco company that is beta testing an online social game designed to help people coping with illnesses, injuries or depression. The company collaborated with scientists and doctors to develop the game.