From products to people: Retail’s challenge for 2013 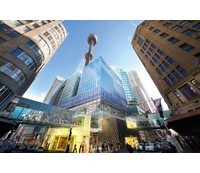 Woolworths and Wesfarmers are among the 20 biggest retailers in the world, a new report from accounting firm Deloitte reveals.

The 16th Global Powers of Retail report, ranks the world’s 250 biggest retail companies by revenue, and finds Woolworths is 17th and Wesfarmers 18th. Walmart is the biggest money churner by a long shot, with retail revenue of $US446 billion.

The report also provides guidance for retailers about how to survive the relentlessly tough economic conditions, the onslaught of online rivals, and the rise of the more frugal and savvy consumer.

Interestingly, however, few of the top 250 are stellar exemplars of Deloitte’s advice, which focuses strongly on innovation and omni-channel marketing – with the exception perhaps of online bookseller Amazon.com, 23rd on the list, with revenue of $US46.5 billion and $US631 million net profit (a tiny profit margin of 1.4% compared to Walmart’s 3.7% net profit margin).

“The central message of the Deloitte report is correct,” says Brian Walker, the CEO of retail specialist consulting company, The Retail Doctor Group. “We would describe it as having a ‘fit business’.”

The key findings of the report include:

Deloitte’s advice comes in two parts of the report: one advising on the way ahead, and one tackling the potential pitfalls.

But Walker says the problem with this kind of report, and the reason that clients knock on his door, is that such reports lack information about how to achieve these changes. LeadingCompany discussed the findings, and strategies for change, with Walker.

Walker offers his customers a “personality profile” of their customer base, using licensed technology. “It is understanding at an intimate level which channel and which aspect of the brand certain customers resonate with,” he says. “There are 15 different ways you and I can be touched by a brand, but this is a personality-focused way. Putting clothes on a rack and saying this is relevant to customers just doesn’t cut it anymore.”

With regard to innovation, Walker advises retailers to tap into left-field thinkers to get real innovation. “Bring in influencers from completely outside the business: theatre designers to help you merchandise for example. Very few companies can innovate from within their own four walls.”

Capital is the critical issue, says Walker. Panicked retailers are struggling with falling net profit margins at time when investment is the answer to their problems.

“Nordstrom (95th on the list) in the US has funds set aside for the next 10 years plus for new development or innovation,” says Walker. “I haven’t seen any annual report from Australian retailers that suggest anything of that scale.”