Future shocks: Can regulators stop the next flash crash? 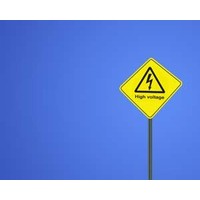 The financial markets “flash crash” on May 6, 2010 – when the Dow Jones Industrial Average index plunged almost 1000 points before bouncing back – was one of the most terrifying events in recent Wall Street history. It might have only lasted 20 minutes, but it wiped US$1 trillion from shareholder equity. Although share prices recovered, the incident left investors and regulators reeling. How robust and sound could the financial system be when the stock market can fall 25% in a few minutes during the day?

“The decline and rebound of prices in major market indexes and individual securities on May 6 was unprecedented in its speed and scope,” said the US Securities and Exchange Commission (SEC) in a report. But almost two years on, it still does not know what caused this breathtaking intraday panic.

Months of investigations yielded only one clear fact: the US securities regulators have no clue how to stop another crash. The SEC was forced to acknowledge that it did not have the information to explain what caused the May mess and announced it would build a $US4 billion centralised data system to track all orders, messages and trades in real time. Yet not knowing what caused the flash crash did not stop the SEC from taking swift and dramatic action.

Turbulent times lie ahead as exchanges around the world, including in Australia, are following the SEC’s lead as it instinctively brings out new regulations aimed at preventing another acute crisis.

There has been no shortage of suggestions as to the cause of the flash crash and plenty of people have been accused. High-speed algorithmic trading has taken the brunt of the blame, as have hedge funds, derivatives traders and proprietary-trading (when a firm trades for direct gain instead of commission dollars).

There was a number of contributing factors to the flash crash but, according to Michael Aitken, chief scientist of the Sydney-based Capital Markets Cooperative Research Centre and chair of Capital Market Technologies at the University of New South Wales, the New York Stock Exchange (NYSE) did not help by closing down for 30 seconds during the crisis. “In doing so they sucked 25% of the liquidity out of the market,” he says. “Little wonder that trading algorithms, which can trade at the speed of light, were sent into a frenzy.”

Trades on the NYSE and NASDAQ were shut down through what is known as a “liquidity replenishment break”. This curb on trades kicks in when stocks are in freefall. But on May 6 when these exchanges halted trading, the market went haywire and sell orders flowed to smaller exchanges which remained open and quickly became swamped by the panicked selling. Prices plummeted. In short, a system geared to stop the market going into freefall added to the damage.