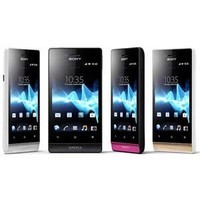 The Consumer Electronics Show brought a number of major manufacturers to the United States to show off their latest gadgets – and there were plenty of smartphones on offer.

With the iPhone and Samsung Galaxy now dominating sales, others are eager to find a winner. Sony’s Xperia Z was the talk of the show, with many analysts impressed by what the device had to offer.

Although the device hasn’t been released yet, reviewers have been able to win some hands-on time with the device – so can it stack up against everything else on offer?

The gadget’s processor is a Snapdragon @4 Pro, quad-core, with 2GB of RAM and 16GB of built-in storage, although the phone supports microSD and microSDHC of up to 32GB.

The device’s camera is 13.1 megapixels, and features HD video recording. The front-facing camera only has 2.2 megapixels. All the usual connectivity is included, such as Wi-Fi and Bluetooth.

The initial reviewers note these aren’t full reviews, just impressions from a quick look at CES.

As always, it starts with the body. The Xperia Z features a sharp rectangular look, which differs from some of the company’s previous models with curved edges.

However, as Tech Radar says, the Xperia Z may be the best looking device so far. Its first port of call is the screen – which it says is perhaps “the most impressive and disappointing feature on the Xperia Z”.

“It’s impressive because it’s so pin sharp, coming with a post-400 PPI and offering some lovely contrast ratios,” it notes, although noted its disappointment about the screen’s resolution when viewed from an awkward angle.

“We say we’re most disappointed in this feature and that tells a story in itself: it’s not a big deal at all as you will mostly be looking at the phone straight on for 99% of the time, so for this to be the worst of it means it’s an excellent smartphone.”

Over at Gizmodo, the publication noted the glassy surface of the device with a thick plastic coating. While this helps the waterproof feature do its job, it also means you’ll get your fingerprints all over it.

The waterproof feature is really something else – you can drop the phone in water for half an hour at a depth of one metre, and Sony claims it will still work.

Gizmodo also said the large screen gave the phone a good look, as it takes up virtually the entire front portion of the device.

“It has a physical camera button, which we wish every phone had, and … It has an IR blaster, so you can use your phone as a universal remote for your home entertainment centre.”

Engadget also had great things to say about the speed, with a quad-core processor coupled with 2GB of RAM delivering speedy results.

“The overhauled camera app is terrific. Sony basically borrowed it from some of its touchscreen cameras, it was very intuitive and fluid. You can shoot 10fps bursts for as long as you want until you run out of memory then pick the best shot,” it said.

Gizmodo also noted the phone comes with a small, square-shaped Bluetooth receiver, which syncs up with the phone and has some music controls on it as well.

Back at TechRadar, the publication had good things to say about Android 4.1, although said it would have been nicer to see 4.2 installed. It also said there were few pre-installed apps, and those that were could easily be resized.

“The Sony Xperia Z will definitely appeal to those who are fans of stock Android but like the idea of having a little personalisation in their handset – although the lock screen does at least offer a cool way to open up the camera or unlock the phone.”

“When we say that the skin is minimal, it really is; so the main points of differentiation have to come from the software enhancements.”

Back at Engadget, the publication mentioned the use of a new battery saver mode, which turns off any apps that use a lot of power when the screen is shut down. However, it noted the phone’s real battery life can’t be tested until a full review.

This is a phone to watch. It’s always good to see manufacturers making high-end Android smartphones, and the Xperia Z seems to offer a good experience of the platform.

Although there could still be changes between now and when the phone is released in March, it seems the Xperia Z already has a following. If you’re in the market for an Android device, keep your eye on this one.