Gamification: The low-tech way to engage your staff 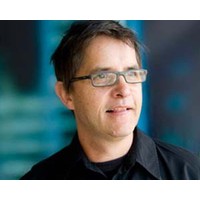 Peter Williams was the founding CEO of professional services firm Deloitte Digital. An accountant who became enamoured with the potential of the internet as far back as the 1990s, you’d expect him to gush about the latest technologies that can be used in business. But when LeadingCompany caught up with him recently, he explained that companies didn’t have to get high-tech to more effectively engage and connect with their staff and customers.

Williams had just stepped down from a panel on gamification at the Australian Games for Change Festival in Melbourne. He said the concept was often misunderstood.

Gamification is the use of the principles and techniques used in video games to drive engagement in broader contexts. For example, the use of things such as league tables, periodic rewards, badges and other forms of recognition, or a steady increase in difficulty, or new challenges can all be seen as gamification. These principles are increasingly being adopted by leading companies across the world to keep staff engaged and customers coming back.

There’s an increasing body of science behind why we work harder and enjoy ourselves more when our jobs or the companies we buy goods and services from incorporate the above principles. But gamification remains, Williams says, on the periphery.

He would know. Williams recently left his role at Deloitte Digital to head up the Deloitte Centre for the Edge, a research body that looks at ideas on the edge of conventional business practice that have the potential to revitalise organisations.

Williams says the businesses that are already playing around with gamification often get it wrong by assuming just making a computer game will fix all their problems.

“People often think, oh, we’ll go out and create a video game to get something to happen,” Williams says. “Developing games can be very costly, but often doesn’t deliver very much.

“Here’s something to remember – most video games that are developed by game developers fail. For every Call of Duty [a record-breaking war game], 5000 other games get nowhere.

“I would say to organisations: gamifying doesn’t mean going and making a game. It means taking the concepts around games and using them in an authentic way to drive the behaviour we want to get. That’s the key thing.”

Deloitte has made use of gamification in its own in-house training division, the Deloitte Leadership Academy.

“We regularly offer online training to our people around leadership. But we found many were using these programs like a gym membership. They signed up, they wanted to do the training, but then they didn’t.