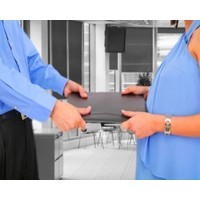 More than 50% of women in the business community have been discriminated against at work on the basis of their gender, according to new research to be released today.

The Committee for Economic Development of Australia survey of 600 professionals in middle to senior management positions, accompanying a research report into the issue, found that 93.2% of women believe barriers to equality at work still exist and 51.1% have encountered gender-based discrimination.

It shows that despite renewed interest in gender-based diversity policies in recent years, barriers to equality still exist. Survey respondents ranked workplace culture, a lack of female leaders, and gender stereotypes as the most significant barriers for women. Lesser but still significant barriers identified included the continued presence of the ‘boys’ club’, unconscious bias and a lack of confidence.

Such barriers could go some way in explaining continued concerning figures regarding women in the Australian workforce including a gender pay gap stuck at around 17.5%, and the fact that just 3.5% of CEOs in the ASX200 were women in 2012.

“Unless business continues a concerted effort to unravel the causes to this imbalance, then we are never going to see the progress required,” CEDA Chief Executive Professor Stephen Martin said in a statement with the results.

He believes that while gender-based reporting and voluntary targets have worked well for some companies, there is no single solution to the problem.

The CEDA report, Women in Leadership: Understanding the Gender Gap, makes a number of recommendations to assist with the problem, including the introduction of structured pay audits, re-examining recruitment processes and selection criteria, introducing leadership accountability for dealing with the issue, the mainstreaming of flexibility to eliminate the notion of it being associated only with ‘women’s jobs’, and education programs on unconscious bias.

Contributors to the report identified unconscious bias as a significant barrier to equality at work – a barrier that prevents the meritocracy system from “working efficiently”. Meanwhile, a lack of career development, promotion and mentoring opportunities were seen as impediments, as well as the availability and affordability of childcare.

These contributors also identified corporate culture conventions play a continued part in exacerbating the issue – especially by associating leadership with male-based qualities, and enabling inflexible working schedules. Meanwhile, gender role assumptions – such as a believe belief that domestic duties are a woman’s job even when they’re in full-time work – are also barriers to equality.

The report will be launched at a lunchtime event in Sydney today. Visit Women’s Agenda for more information about the event.