Global currency battles: A waiting disaster or a win for all? 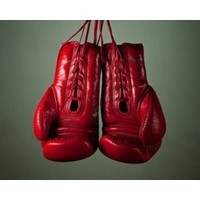 At the end of last year, Japanese Prime Minister Shinzo Abe fired a loud salvo. In a forceful attempt to kick-start Japan’s economy from its decade-long stupor, Abe leaned on the Bank of Japan to set a 2% inflation target. He threatened to pass a law to limit the central bank’s independence if it balked. “Countries around the world are printing more money to boost their export competitiveness,” said Abe. “Japan must do so, too.” The Bank of Japan caved, vowing to step up purchases of government bonds starting next January.

Then Abe went a big step further by nominating Haruhiko Kuroda to the top post at the Bank of Japan. Kuroda, who was approved this week, has been the highest-profile critic of the Bank of Japan’s conservative monetary policies for years. According to many analysts, Kuroda’s nomination confirms that Abe is serious about injecting significant new liquidity into the system to help stimulate Japan’s economy and reverse deflation. Such moves also apply downward pressure on a nation’s currency.

The Prime Minister’s actions immediately set off alarm bells. To many, Japan’s announced plans, which already have driven the yen to its lowest level since 2009, looked like the spark that could ignite a global currency war – a series of competitive devaluations that, last century, helped plunge the world into the Great Depression. Jens Weidmann, president of Germany’s central bank, warned that Abe’s strong-arming of the Bank of Japan could lead to “increased politicisation of exchange rates. Until now, the international monetary system has come through the crisis without a race to devaluation, and I really hope that it stays that way.” Central bankers from the US, Britain, Russia, South Korea and elsewhere added to the chorus.

Meanwhile, at the G-20 meeting in Moscow in mid-February, attendees soft-pedaled the threat. Japan’s currency depreciation is the result of domestic monetary policy, not explicit exchange rate targeting, they concluded. “The talk of currency wars is overblown,” said International Monetary Fund (IMF) managing director Christine Lagarde during the meeting. “There is no major deviation from the fair value of major currencies. The international financial system can work if each of its members follows the right policies for their economy.”

Wharton finance professor Bulent Gultekin, a former governor of the Central Bank of Turkey, agrees that there isn’t yet cause for alarm. “It’s a very different world now,” he says, noting that the Great Depression was the unique outcome of multiple factors, including the end of World War I, pressures on the British pound and the decline of the gold standard. “That was a period when nations tried to outbid each other through competitive devaluation. Those ‘beggar-thy-neighbour’ policies led to tariffs and import restrictions impacting international trade. That was the real problem, unlike today.”

In contrast, today’s depreciation of the yen, dollar and other major currencies is largely the result of expansionary domestic monetary policies after the recent global recession, experts say. The US was the primary instigator, given that the Federal Reserve embarked on several rounds of quantitative easing starting in 2008, according to Wharton management professor Mauro Guillen. The Fed printed money to buy US debt in order “to keep interest rates down and promote recovery”, he notes. “But it goes without saying that the value of the dollar has gone down, in turn making US exports go up.” Says Gultekin: “I would not consider this an attempt to manipulate the currency. Expansionary policy will help other economies as well. When the US dollar loses its value, it helps US exports on the one hand. On other hand, it expands the US market, which can absorb imports of other countries. It could be a wash.”

Uri Dadush, senior associate at the Carnegie Endowment for International Peace and former director of economic policy at the World Bank, concurs. “Among the big players (the US, euro zone, China and Japan), there is very little currency manipulation,” he says. But concerns about currency wars are understandable when the world’s major economies and currencies experience weakness, he adds. “When the centre of the system, the dollar and the euro, belong to economies that themselves are under pressure, everybody’s sensitivities go up. Every country asks, ‘How competitive am I [compared with] these economies?'”

Indeed, Brazilian finance minister Guido Mantenga coined the term “currency wars” in 2010 when the depreciation of the dollar – and of the dollar-pegged Chinese renminbi (RMB) – squeezed Brazilian exports and put inflationary pressures on its economy. James Rickards, senior managing director of New York-based merchant bank Tangent Capital Partners and author of the book Currency Wars: The Making of the Next Global Crisis, notes that US monetary easing has not fanned inflation at home but exported it to other countries, paving the way for phenomena such as the Arab Spring.

Nevertheless, developing countries will benefit from the revival of the world’s advanced economies, which are big buyers of emerging market exports, says Dadush. After all, large developing countries fared better than the advanced economies in the recent global recession. Developing countries’ currencies appreciated. Though the appreciation harmed their exports, it also helped tame inflation and improve standards of living for consumers at home, Dadush points out. “That doesn’t mean the Brazilian finance minister should not be concerned if his currency goes up 20% in a short time,” he adds. “But overall, this is an orderly adjustment in the right direction.”

Yet, the Japanese move on the yen struck a nerve, especially in the euro zone. Still struggling to climb out of the sovereign debt crisis in periphery member nations, Europe was the loudest in its protests. “The European Central Bank is not as free as others to expand,” notes Gultekin.

“They have a very strict mandate to keep inflation stable, which doesn’t allow them to follow expansionary policy at the time they need it the most. That exacerbates their currency situation, so that the burden of adjustment [from currency devaluations around the world] is on the euro.”

Indeed, the euro appreciated against the dollar some 10% by early this year, making it more difficult for weaker members of the eurozone to recover via export sales, says Dadush. This year, the eurozone economy is expected to decline in growth for a second year in a row, with unemployment in Greece and Spain above 25%, according to the EU.

Déjà vu: China and the US

While the present round of currency skirmishes features the dynamic between the yen and the euro, the last heated currency war of rhetoric involved the US and China. At the time, US policymakers and opinion leaders accused China of being a currency manipulator, claiming the country maintained an undervalued currency for more than 10 years by buying US Treasuries to keep a steady yuan-dollar exchange rate. The goal, they said, was to stimulate Chinese exports, with the added effect of hurting US exports and jobs. As a result, US Senator Charles Schumer pushed legislation in 2005 to impose a 25% tariff on Chinese exports.

Since then, “that war has abated quite a bit, as China has let the value of its yuan appreciate as much as 40% in the last four years,” says Guillen. Consequently, China’s wage rates are rising, and its current account surplus is declining — helping China reach its goals of rebalancing its economy from export dependence to domestic drivers of demand and reducing income inequality. According to Rickards, the US-China episode “was a popular way to blame other people for our problems [in the US].”

As for the yuan’s longer-term outlook, Wharton finance professor Franklin Allen says that it’s unclear whether China really is keeping its exchange rate artificially low. “If they opened up their capital account [to let the renminbi trade freely in and out of the country], nobody knows if the renminbi would strengthen or weaken” – that is, if more money would flow in or out of the country.

In the case of Japan, efforts to stimulate its economy with monetary easing and yen depreciation are steps towards equilibrium, notes Bing Shen, a former Morgan Stanley executive director in Asia. “The Japanese yen stayed too strong for too long,” he says. “This imbalance needs to be corrected.”

Allen agrees: The strong yen “was killing [Japan’s] manufacturing and affecting the terms of competition with Korea. These competitive issues have a dynamic. If you don’t have money, you can’t invest in R&D and you lose competitiveness. That’s why Sony, Sharp and Panasonic have so much trouble competing with [Korea’s] Samsung and LG.” Still, he is skeptical of any lasting economic impact on the Japanese economy from yen devaluation. “I would be surprised if Japan cured its economic woes this way. It still has a long-term problem” with competitiveness.

Though many agree that today’s exchange rate adjustments are likely to help the global recovery, Wharton’s Guillen warns that the political response around the world is worth monitoring in case devaluations turn into trade wars reminiscent of the Great Depression. “The situation is still dangerous,” he says. “Nobody wants the rhetoric to go up in tone, because currencies, at the end of the day, are symbols of nationalism. Nationalism and protectionism are dangerous, and currency manipulation feeds into that dynamic. The IMF is trying to bring the temperature in the debate down in the hope that countries realize that while it may be good for them in the short run to engage in currency manipulation, in the long run, if everyone does it, everyone loses.”

Moreover, today’s international system lacks the institutions to contain chaos, Guillen adds. In 1985, the G-7 succeeded in striking the Plaza Accord to lower a then overvalued Japanese yen through coordinated intervention in the currency markets and domestic economic reforms. Today, the unwieldy G-20, including large developing economies such as China and Brazil, will have more difficulty reaching consensus, he notes. Instead, he suggests that a G-4 of the four largest economies – the US, Germany, Japan and China – devise an agreement, including a 10- to 15-year schedule by which China will adopt flexible exchange rates and a plan of coordinated action among central banks on stimulus plans.

As long as politicians around the world avoid hot-headed trade retaliation provoking an outbreak of truly dangerous currency wars, perhaps “currency realignments are not necessarily a bad thing,” says Allen. “If prices are wrong for trade, it may make sense for everybody to have a better exchange rate.”