Good news or bad news? It’s all in the delivery 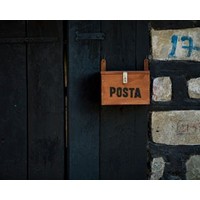 In a survey carried out in late 2011 by Chief Learning Officer magazine and its research arm, HCM Advisory Group, almost half of executives (47%) ranked communication among the most sought-after leadership skills. But according to a study of 6.7 million employees globally between 2008 and 2010 by human resources consulting firm Aon Hewitt, communication is actually decreasing in the workplace.

Aon Hewitt’s Trends in Global Employee Engagement found that in 2010, 46% of the survey’s respondents reported a perceived decrease in communication at work compared to 53% the previous year.

It’s no secret that good communication between peers, subordinates and superiors is key to a productive, engaged workforce – and four years after the global financial crisis first hit, staff engagement remains a hot topic on the corporate landscape. People are aware but it seems that no one is really listening. The Aon Hewitt research shows that globally the average employee engagement score was 56% in 2010, down from 60% the previous year. With companies and countries still suffering from the shockwaves of the economic meltdown and the emerging fiscal crises, businesses need articulate leaders who can effectively map out strategy and take their employees with them on the quest for greater productivity.

Is the art of simple, effective conversation dying out or vanishing under the avalanche of communication technology that’s taking over working life, which provides alternatives to face-to-face encounters and direct exchanges? Conversational skills are starting to be compromised, admits executive coach Denise Weinreis of the Australian Graduate School of Management (AGSM). “We are in a curious place at the moment because people are defaulting to sending emails rather than meeting with people face-to-face or even having a telephone conversation,” Weinreis says.

In its original iteration, email was meant purely for sharing information. In the corporate world it’s been appropriated as a way to have difficult conversations that “we prefer not to have in person”, notes Weinreis. “A lot of people extend email into areas it was never really designed for. It can be an aggressive form of communication because it is generally one way, so recipients are not able to pick up on the subtleties.”

Email and other associated technologies aren’t the only things holding people back from having direct, meaningful conversations. Often people promoted to managerial positions are not well versed in soft skills, according to Weinreis.

“People who become managers or leaders are often operational or technical experts at the start of their careers,” she asserts. “But when they are promoted, they have to manage people rather than projects. Whereas previously they were rewarded for completing a project or task, this requires a completely different set of skills and often they have had limited exposure to behavioural sciences to help them understand motivation or engagement. Their role requires them to be able to influence, inspire and to build lasting relationships.

“This occurs one iteration at a time – through these conversations managers learn what’s happening in the workplace and hear about their employees’ expectations and concerns. Once a relationship is established, engaging in critical or difficult conversations becomes less daunting.”

Sally White, an organisational psychologist at AGSM, says people at all levels tend to avoid face-to-face conversations they perceive as difficult.

“The idea makes people feel uncomfortable, they want to avoid the emotional challenge that might require them to explore their differences; they are worried that the conversation might stir up negative emotions in either party,” White says. “An effective conversation is about creating a mindset with the people you are working with that discomfort and conflict is a motivator for change. It can be productive if you are not afraid of dealing with it, or more importantly, feel skilled in dealing with it.”

Weinreis and White are respectively the program director and program presenter of AGSM’s Empowering Conversations for High Performance executive course, a three-day intensive coaching workshop that draws on solid research into behavioural and cognitive psychology. Debuting in May 2012, the course – which was previously called Managing People for Performance, which ran for 10 years – has evolved to encompass the communication requirements for better performance.

“We are really trying to help people ignite motivation in others, to inspire them to perform, to increase their accountability to enhance engagement,” says White.

An empowering conversation is both courageous and compassionate.

“It takes guts to have a conversation about differences in expectations or viewpoints. You have to steel yourself to have some of these conversations where there are performance issues,” says White. These conversations might be with someone who believes that they are hitting the mark in their job, when in fact they are not. Beyond courage and compassion, leaders have to be aware of the potential impact of the conversation, she says.

“The potential is that you build greater trust. The opposite is that it might affect the relationship if not done skillfully. And often these conversations have the potential not to go well and they are avoided for this reason.”

At its nub an empowered conversation, undertaken on a one-to-one basis, is also about being able to observe the conversation as it takes place, understand what’s needed in the moment and, subsequently, to respond to what the group needs as well as what the task needs. “It’s situational leadership,” says Weinreis.

Managers need their diagnostic skills honed because many aren’t generally skilled in the behavioural sciences. Almost two-thirds of the people taking the AGSM’s course to date have come from professional services and tend to be technical experts promoted into leadership positions. The transition is not always straightforward. “The system and structure has rewarded them for output, performance or operational ability,” says Weinreis. “They may be promoted to a leadership position in which they not only have to continue to be technical specialists but they also need to understand how to develop people and their relationships without the same focus on reward that they’ve had in their career to date.”

The human touch is certainly lacking. Weinreis says if she asks many middle managers to do a time audit on how much of the day they devote to tasks as opposed to people development, many do not have regular one-to-one meetings scheduled in their diaries with their direct reports. “A number of managers talk about doing their emails during these encounters. In other words, they are trying to multitask when people come up to them at their desk,” says Weinreis. “They are seldom ‘present’ with their direct report. They are trying to basically do two things at once, which most behavioural scientists make clear is not conducive to productivity.”

It’s not only emotions at play in the office that matter. Weinreis says reactions to some relationships can stem from a person’s understanding of authority outside the office as well. Impressions of authority begin in childhood, with early memories or pre-established mental models of authority that continue to inform people’s responses throughout their lives. For managers to be effective in their roles, they need to understand how they view and respond to power dynamics. Then they need to adopt a rational perspective about what’s happening, rather than react emotionally and take people’s actions or reactions to heart. “Nothing happens in a vacuum so we try and look at the whole system. It’s about using diagnostic skills and getting people to understand why behaviour taking place in the organisation might be less than effective,” Weinreis says.

The course begins with 360-degree feedback, conducted with participants’ managers and colleagues. This is used as a tool for creating self-awareness and identifying where people’s strengths lie and potential areas for development. Weinreis and White then outline some of the steps and principles in providing effective feedback and allow participants to role-play these skills.

The teaching focuses on four elements in a conversation: goal setting, seeking and giving feedback, coaching and developing others, and discovering what motivates the individual in order to tailor reward and recognition. These elements link back to productivity, says White. “If you have good-quality goals and people understand them and where they fit into the scheme, if they receive good constant feedback and coaching support to unlock their potential, and are rewarded according to their needs  – you are going to get the right outcome,” she says.

It sounds simple, but falling engagement figures tell a different story. It’s also a conundrum that many senior people have risen to the top without developing the ability for meaningful conversations.

“How to deal with conflict with peers, the board and subordinates is still an issue that’s plaguing senior teams,” observes White, pointing to what happened with the recent political leadership battle between Australian prime minister Julia Gillard and the now former foreign minister (and one-time prime minister) Kevin Rudd.

“Did we see effective communication and conflict resolution processes going on in the public eye?” asks White. “We don’t like to create this conflict, we don’t like to experience it, and we don’t like to feel we are creating it for others. That’s why these conversations are described as courageous and compassionate. We need to have them both working in tandem.”