Groupon teaches the world a lesson about what not to do 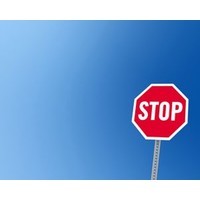 LeadingCompany looks at the company’s blunders, and the lessons they offer. Just stay away from the beacons.

Groupon’s credibility was eroded early in its public life when it tried to create its own financial metric: “Adjusted Consolidated Segment Operating Income or AGCSOI” (You have got to love that for simplicity). Under this metric, Groupon generated a profit of $81.6 million for the first quarter. Actually, Groupon had a $98.3 million loss, but it had decided that its ACGSOI metric should exclude some costs. Most companies have pretty good results if they do not deduct some or all of their expenses. Groupon had to adjust its accounts to remove ACGSOI.

Groupon is not the first to try and fudge its results. In the dotcom boom, companies loved to report EBITA – earnings before interest, tax and amortisation. Journalists reported their fabulous results.

But EBITA is not the “real” profit that gets divided up and goes to shareholders; that is the one that also goes to Australian Taxation Office and includes an “intangible value” of amortisation.

The profit attributable to shareholders is net profit after tax or NPAT – also called net income after tax.

Another favoured way of trying to magic bad numbers into good ones is reporting some expenses as “abnormal”, and then highlighting something called Headline Profit.

Leading Companies follow the International Accounting Standards, and comply with the reporting requirements of the regulator, ASIC, which states that the law requires directors to “see that your company keeps proper financial records”, whether the financial news is good or bad.

The web is resplendent with customer complaints about Groupon – including a Groupon Complaints page on Facebook.

But the real measure of customer dissatisfaction is the rate at which goods and services are returned.

It was a blowout in returns and refunds that was the basis of Groupon’s most recent financial red-face moment: having to restate its fourth quarter results. Failing provide enough money to allow for refunds increased the company’s fourth-quarter losses to $US64.9 million from $US42.3 million.

The Groupon Promise to make right any customers who are unhappy is a commitment to the quality of their service providers – something that is hard for Groupon to control. Recently, Groupon began selling higher-value deals, and found that customer who pay more are harder to please. The return rate went up, but this was not reflected in the financial statements.

This led to the company’s auditors, Ernst & Young, issuing “a statement of a material weakness in [Groupon’s] internal controls over its financial statement close process”. Lack of financial controls is the kind of thing that really spooks analysts and investors.

All these problems, however, stem back to customer service: more reliable suppliers, happier suppliers (see below) and smoother systems. Happy customers would not solve the problems with financial controls – it just would have taken the pressure off them so Groupon could sort things out.

3. … but without suppliers, there is no business

Some suppliers struggle to make money out of the Groupon model. It was ever thus for online procurement sites that use buying volumes to drive down prices.

The group-buying experience can be a nightmare for suppliers. Bombarded with masses of orders on a single day, many suppliers are not geared up to respond and are simply overwhelmed.

Even with the best intentions, there are delays. Then they realise that selling a large volume of goods or services at a discount price is costly, and their profit margin plunges, making it harder to smile at the customers swarming through their doors.

Consumers usually equate low prices with scanty customer service – except in the situation where they have been promised the world: satisfaction or your money back.

When suppliers go public, such as Jessie Burke from Posies Café, the problems are laid bare and the whole business model is threatened.

Online procurement has to work for the buyer, the supplier and procurement company. The group-buying model for consumers has yet to reach a consistent win/win for everyone involved.

Some companies have a “blind feedback process”, in which staff can anonymously report problems and issues, as part of their internal communications processes, says corporate communications consultant, Marjorie Johnston, chief executive of WordMakers.

Groupon ignored warnings from its own staff about various problems including faulty financial processes and infuriated customers.

Without good internal communications – from leaders to staff about appropriate and acceptable behaviour, and from staff to leaders about what life at the front line is really like – problems leak into the public domain. Johnston says: “I think companies do not invest enough money and time into internal communications. Even if companies do put structures like blind feedback in place, they often do not monitor it.”

Johnston says this is even more important when companies are growing fast, and working in new fields of endeavour. “They are operating in a pioneering area for financial markets and it is a bit unproven, so they may have some strategies they are applying that are untested,” she says.

“They do need to adhere to international accounting standard,” she adds.

Groupon’s competitive advantage is being first to market – the first company to open a shop (online or not) wins kudos, market share, and stays ahead by building its business processes while others are still learning.

The downside is making mistakes. First movers are first to make the mistakes. Followers get the benefit of learning from them.

The problem is that everyone can see the mistakes that publicly-listed companies make: both disclosure rules and accounting standards mandate that transparency.

Private companies have to adhere to corporate law, but they have the benefit of fixing their errors away from the media spotlight.

In America, leaders of listed companies are legally responsible for the accuracy of their company’s financial accounts. The chief executive and the chief financial officer sign them off under reforms (Sarbanes-Oxley – SOX – 2002) that occurred after the collapse of energy company, Enron, in 2001. Penalties of up to 20 years’ jail apply.

Groupon’s chairman, Eric Lefkofsky, its CEO and founder Andrew Mason and CFO Jason Child are putting their names, reputations and possibly their freedom on the line every time they issue a financial statement. The point of SOX is to make directors and executives very, very careful.

If Groupon had stayed private for longer – like Facebook, for example – the company’s leaders could have learned their lessons without them being paraded across the world’s media.

But all is not lost

Its share price, hammered by the corrections and the auditor’s warning, fell to $US17 ($17.35) after Friday’s announcement, having peaked at $US26.11 on its first day of listing. It has since recovered to $US18. The NASDAQ’s analyst consensus on the stock is still “buy”. For Groupon, all is not lost.