High-speed trading: Is it time to apply the brakes? 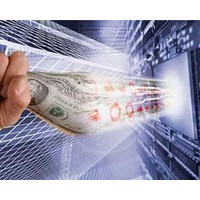 How fast is high-frequency stock trading? In the time it takes to read this sentence, tens of thousands of high-speed, computer-automated transactions can occur. Winning traders edge out rivals by intervals measured in nanoseconds. Fans of the practice say that high-frequency traders add crucial liquidity to the stock market. Critics dispute that claim and highlight, instead, lurking perils for the global financial system.

High-frequency traders can execute trades more quickly at better prices, but many investors worry that this has introduced additional fragility to the system, says Wharton finance professor Pavel Savor. “It’s also possible that high-frequency traders earn their profits at the expense of long-term investors.”

A series of costly glitches has added fuel to the arguments of those who oppose the practice, in addition to inviting renewed scrutiny by regulators. Last August, for example, faulty software used by high-frequency trading firm Knight Capital Group generated $461 million in losses, nearly causing the firm to collapse.

Shortly afterward, Knight was sold to Getco Holding, another high-frequency firm, for $1.4 billion. The high price Getco paid for Knight sheds light on the value of high-frequency trading outfits, even those in difficulty. The stakes are high: for instance, Tactical Fund – the high-frequency trading unit of investment firm Citadel – recorded a 25.7% net return in 2012, The New York Times reported.

Despite the controversy surrounding it, high-speed trading now dominates the mainstream with enormous sums at stake. Indeed, high-frequency trades account for the vast majority of volume on major stock exchanges.

On NASDAQ alone, daily trading volume approached $50 billion in early January. Three other leading exchanges – NYSE/Euronext, BATS and Direct Edge – as well as “dark pools” run by banks and private equity firms outside public view trade millions more shares every day. The flood of high-frequency bids tests markets in search of price points. When not filled, the bids are cancelled instantly, adding market noise for everybody else.

The speediest traders exploit momentary “latency” gaps between nearly instantaneous access to market orders and when those orders become widely known. In those minute gaps, high-speed traders post orders for stock in front of other inbound orders. Hundredths of a second decide outcomes. In fact, shortening the lengths of fibre optic cables that carry orders at the speed of light can make the difference between grasping market opportunities – or missing them.

Humans cannot possibly trade at this pace; instead, the trades are accomplished by computer algorithms geared to split-second investment decisions.

As one visible sign of the rapid and thorough takeover by computers, traders buying and selling shares on the fabled floor of the New York Stock Exchange numbered 3,000 in 2007. According to the New York Post, today their population has dwindled to 300, with many serving as caretakers to their digital heirs. Some observers predict extinction for floor traders once antitrust officials approve the pending union between the NYSE and the highly automated, Atlanta-based Intercontinental Exchange (ICE), which was launched in 2000.