Holden is just one piece in GM’s global restructuring puzzle 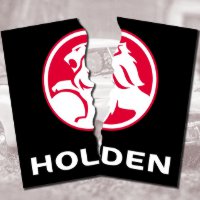 In the wake of the global financial crisis, Holden’s parent company, General Motors was placed on life support. Its fortunes collapsed along with the US economy, leading the United States government to bail it out as part of an $80 billion automotive industry assistance package.

On the back of this public support the auto giant recovered. It now appears to be aggressively repositioning itself in the global automotive industry – a fact that has largely been ignored in the unfolding crisis surrounding the future of Holden in Australia.

Debate around whether Holden plans to withdraw from Australia reached fever pitch, with Holden boss Mike Devereux telling a Productivity Commission inquiry no decision had been made.

But offshore reporting has drawn attention to major restructuring of GM’s Asian operations. To rein in costs at its plants in Korea, GM recently announced that it would phase out export of its Chevrolet Cruze model to Europe. It seems it plans to consolidate around its Opel and Vauxhall brands.

While the scale of GM’s Korean operations dwarfs its Australian presence, it is clearly not immune to global auto industry pressures. The Wall Street Journal recently reported that GM Korea “last year produced more than 2 million car-kits and vehicles, mostly for export”.

What does all this mean for GM in Australia? While Holden is an icon in Australia, it is a very small player in the global automotive industry – an industry rapidly being relocated to low cost manufacturing nations. To survive in Australia there is no doubt that it will need substantial co-investment from the Coalition government. There is nothing unusual about this.

The automotive industry is one of many that receives government assistance, joining the agricultural and mining sectors as major beneficiaries of government support. The key questions for policymakers remain – is there significant public benefit from continuing to support the industry and what level and form of investment would help to secure GMH till early 2020?