Hot-desking is fine if you employ warthogs 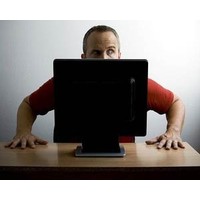 Among the large terrestrial animals, humans are unique as a nesting species. In our office fit-outs we should use this characteristic of human nature rather than deny or fight it. Nesting involves a place for family, a site for multiple generations to coexist and that can be defended against predators.

There’s a fashion sweeping office fit-outs. Hot-desking, or the closely-associated activity-based seating, is where a person and their team does not have allocated workstations but instead take available desks when they arrive at work. While it’s becoming fashionable, it doesn’t make it right.

The approach would be fine for warthogs! Warthogs are opportunistic burrowers. At night when they are ready to retreat from the savannah, a warthog family uses any unused burrow. One might say they “hot-burrow”. But that’s not the human condition. We take pride in “home”. We want to be with our group. We are nesters.

Hot-desking is a fast way to create isolation. Even for workers who are often out of the office, such as sales representatives, they should be provided a space with their “family” unit at work. While this might mean some redundancy of office space, it will reduce any sense of isolation. Without the basic need of belonging being covered, other efforts at engagement tend to be futile.

I often hear the war stories from organisations that have flirted with hot-desking. The most common experience is that people subjected to hot-desking find a work-around. One organisation found that a team agreed that one of its members would go to the booking sheet when it came out two weeks ahead to reserve places for the team so they could sit together. Work-arounds are a signal of an activity contrary to human nature.