How 3D printing will change the world 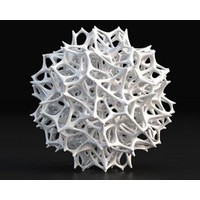 To anyone who hasn’t seen it demonstrated, 3D printing sounds futuristic – like the meals that materialised in the Jetsons’ oven at the touch of a keypad. But the technology is quite straightforward: it is a small evolutionary step from spraying toner on paper to putting down layers of something more substantial (such as plastic resin) until the layers add up to an object. And yet, by enabling a machine to produce objects of any shape, on the spot and as needed, 3D printing really is ushering in a new era.

As applications of the technology expand and prices drop, the first big implication is that more goods will be manufactured at or close to their point of purchase or consumption. This might even mean household-level production of some things. (You’ll pay for raw materials and the intellectual property – the software files for any designs you can’t find free on the web.)

Short of that, many goods that have relied on the scale efficiencies of large, centralised plants will be produced locally. Even if the per-unit production cost is higher, it will be more than offset by the elimination of shipping and of buffer inventories. Whereas cars today are made by just a few hundred factories around the world, they might one day be made in every metropolitan area. Parts could be made at dealerships and repair shops, and assembly plants could eliminate the need for supply chain management by making components as needed.

Another implication is that goods will be infinitely more customised, because altering them won’t require retooling – only tweaking the instructions in the software. Creativity in meeting individuals’ needs will come to the fore, just as quality control did in the age of rolling out sameness.

These first-order implications will cause businesses all along the supply, manufacturing and retailing chains to rethink their strategies and operations.

And a second-order implication will have even greater impact. As 3D printing takes hold, the factors that have made China the workshop of the world will lose much of their force.

China has grabbed outsourced-manufacturing contracts from every mature economy by pushing the mass-manufacturing model to its limit. It not only aggregates enough demand to create unprecedented efficiencies of scale but also minimises a key cost: labour. Chinese government interventions have been pro-producer at every turn, favouring the growth of the country’s manufacturers over the purchasing power and living standards of its consumers.

Under a model of widely distributed, highly flexible, small-scale manufacturing, these daunting advantages become liabilities. No workforce can be paid little enough to make up for the cost of shipping across oceans. And few managers raised in a pro-producer climate have the consumer instincts to compete on customisation.

It seems that the United States and other Western countries, almost in spite of themselves, will pull off the old judo technique of exploiting a competitor’s lack of balance and making its own massive weight instrumental in its fall.

China won’t be a loser in the new era; like every nation, it will have a domestic market to serve on a local basis, and its domestic market is huge. And not all products lend themselves to 3D printing. But China will have to give up on being the mass-manufacturing powerhouse of the world. The strategy that has given it such political heft won’t serve it in the future.

The great transfer of wealth and jobs to the East over the past two decades may have seemed a decisive tipping point. But this new technology will change again how the world leans.

Richard A D’Aveni is the Bakala Professor of Strategy at Dartmouth College’s Tuck School of Business and the author of ‘Strategic Capitalism’.