Doing it for the team: new insights into group identity 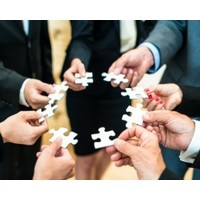 Organisational identity and team spirit are important factors in the success of any enterprise. But what impact can a sense of common purpose have when contracting relationships with other firms? Recent research from Hodaka Morita, a professor in the school of economics at the Australian School of Business (ASB), and Maroš Servátka, an associate professor at the University of Canterbury, New Zealand, throws new light on the issue.

Their paper, Group Identity and Relation-Specific Investment: An Experimental Investigation, considers organisational identity in the context of an age-old dilemma for economists – the hold-up problem. This phenomenon is a fundamental element of the economic study of organisations and involves a bargaining power-play when two parties seek to do business together.

Consider the example of an engine supplier and a manufacturer that intend to co-operate on a vehicle production line, but refrain from doing so because of concerns that they may give the other party increased sway, and thereby reduce their own profits. With the engine supplier baulking at investing in a superior engine for fear of not ultimately getting a fair price from the manufacturer, the project stalls.

In their research, Morita and Servátka study a previously unexplored mechanism through which integration between two parties can mitigate the hold-up problem. In a laboratory experiment, subjects were randomly divided into two teams, asked to wear their team colours and undertake a team-building exercise, and then engage in hold-up games with either a member of their own team (representing integration) or a member of the other team (non-integration).

The researchers’ findings suggest that group identity strengthens subjects’ altruistic preferences towards group members. It’s an insight that has implications for an approach to productive negotiations.

“Trust is more likely to be stronger under same-group treatment compared with different-group treatment,” Morita says. “There is a trust created by group identity that helps resolve or mitigate the hold-up problem.”

The work of Morita and Servátka has been cited in Indian government economic surveys and builds on previous research on the hold-up problem by American professors Oliver Williamson, Oliver Hart and Sandy Grossman, and British professor John Moore, among others.

Williamson, a Nobel laureate, emphasised the role of relationship-specific contractual safeguards in securing returns for businesses and combating the hold-up-problem.

“But the difficulty is that a contract is often incomplete,” Morita says. “It is pretty difficult to unambiguously specify what we mean by relationship-specific investment. And, as incompleteness of contracting gets more severe, integration becomes an attractive solution to the hold-up problem. This is one of Williamson’s main insights.”

Hart, Grossman and Moore advanced the notion of clarifying property rights as a way to address the hold-up problem. While acknowledging the importance of the previous work, Morita and Servátka are proposing a complementary concept that influences team behaviour and “which may be equally important in effecting the resolution of the hold-up problem”.

“And that is group identity,” Morita says.

Achieving harmonious and functioning work relationships is often complicated. What of teams that are not operating effectively?

Anne Lytle, director of consulting and training firm Lytle & Associates, says the incredible diversity of modern organisational teams means they do not always achieve their potential because of “fault lines” – the functional, cultural, language, gender or other characteristics along which the team splits into competing factions.

The activation of fault lines may lead to “competition, conflict and lack of co-ordination where people are not working towards a common goal”. To help overcome this issue, Lytle advocates the development of a team “third culture” to transcend differences – an agreed set of norms and expectations about “how we do things on this team”.