How Hyatt’s CEO measures the value of customer service 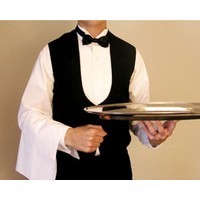 Mark Hoplamazian was predictably a little skittish when his bosses at the Pritzker Organization asked him to become interim president and CEO of the family-owned company’s signature investment, the Hyatt chain of hotels.

He had spent the bulk of his career on the finance side of the organisation – where he had worked since its formation in 1997 – rising to president and advising the Chicago-based firm on its investments. Prior to joining Pritzker, Hoplamazian worked in mergers and acquisitions at First Boston Corp.

But the Pritzkers assured him that he would only be the interim CEO, and even put Hoplamazian in charge of the search committee to find his permanent replacement. Interim leadership tenures “are usually disasters”, Hoplamazian noted during a recent Wharton Leadership Lecture. “But I had been with the company so long and loved being there, so I got sucked into the vortex.” Hoplamazian did so well in the interim role that the Pritzkers insisted he remain in the job. Six years later, he is happy it worked out that way.

“I was completely smitten,” he said. “I got to experience working side by side with some great people at Pritzker. [CEO and chairman] Tom [Pritzker] came to me a few months in and said the candidates he had hoped for had not come through…. On paper, I was completely unqualified, but when Tom said he wanted me, I was ready to do it.”

In a way, it was a benefit “to walk in and be completely ignorant” of the management side of running the business, noted Hoplamazian, who graduated from Harvard in 1985 and received his MBA at the University of Chicago. “It was unavoidable, coming as I did with little experience in management, though a lot on the financial side. I got to ask a lot of stupid questions – but as you know, there really are no stupid questions.”

It also helped, Hoplamazian added, that he had been with Pritzker all those years and had become familiar with Hyatt’s operations, which encompass 492 properties in 45 countries. Its brands include the upscale Park Hyatt, Grand Hyatt and Andaz hotels; Hyatt Regency and Hyatt Place locations targeted at business and convention visitors and families, and Hyatt House, which offers residential-style accommodation for extended stay travellers.

Hoplamazian took on the leadership role in 2006 in the middle of an upsurge in the hospitality industry. “The year after I came in, 2007, it was like a fantasy world. Everything was going right,” he said. “Margins were expanding. Everyone was having a good time. But then [the financial crisis in] 2008 came, and things got funky really quickly. And 2009 was a disaster.”

According to Hoplamazian, 2007 was by far the best year ever for the industry – and 2009 was its all-time worst year. “We had to readjust our budgets six times [in the first six weeks]. It was that bad.” By then, however, Hoplamazian had already established a management style: ask lots of questions, listen to the answers and make sure to treat employees with sincerity.

Hyatt currently employs about 90,000 people, many of whom view the company as an extended family. Since the firm does not produce a physical product, employees’ enthusiasm for work has to come through in the quality of service that guests receive –which initially made it challenging for Hoplamazian to assess what the company was doing right and where it could improve.

Firms that make a product can judge performance based on sales and whether the devices work properly, he points out. But in the hospitality business, it is not immediately apparent how much the bottom line is impacted by the way individual employees clean guest rooms, provide directions to guests or carry bags up to a suite. It’s also not easy to tie those efforts back to the performance of top-level management.

Coming from finance, Hoplamazian wanted to find ways to quantify even a service business like Hyatt. He wasn’t met with resistance per se, but many of his co-workers were unsure whether there was a sound method of achieving that goal. “I asked about results of employee satisfaction surveys, and they showed me upward curves,” Hoplamazian recalled. “I asked how that correlated with customer satisfaction, and they said it didn’t. I asked if individual properties saw it correlating, and they only said, ‘No.'”

Hoplamazian decided to approach fellow CEOs in the service industry to see how other firms had tackled the problem, figuring that technology had greatly increased the availability and ease of analysing customer data. The leadership team at Enterprise Rent-a-Car proved to be the most helpful. “They said the most important contact was the first person who engaged a customer,” he said, citing a well-known piece of advice: “There is only one chance to make a first impression.” Based on that guidance, Hyatt developed a survey with a one-through-five rating system that was given to customers to fill out during their stay.

Hoplamazian also made a point of engaging employees – from his general managers down to the custodial staff – to get their ideas for improving customer satisfaction. “I was reminded of what may well be an apocryphal story about someone seeing a janitor at NASA and asking him what his job was,” said Hoplamazian. “[The janitor] said, ‘I am putting a man on the moon’, which was, I feel, the right answer.”