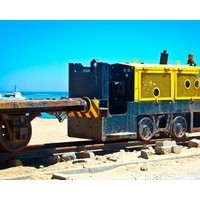 That was the finding of The CEO Institute in its annual survey of company leaders, released yesterday. And no industry has it tougher in this regard than mining.

This has resulted in mining companies coming up with creative ways to attract and keep their workers.

For example, huge demand for housing near mining camps can see accommodation priced out of the reach of most workers. Fortescue Metals Group (ASX:FMG) has taken a novel approach to this conundrum, helping its Pilbara-based workers buy a home.

The upstart miner offers its Port Hedland employees substantially subsidised interest rates, assistance with a deposit, power and water subsidies, and conveyancing settlement costs, according to a report in today’s Australian. The package can cost up to $100,000 per worker.

While Fortescue’s approach is uncommon, it’s one of many tempting benefits given by resource companies to their employees.

He says mining companies “aren’t silly” and make such offers simply because they have to. Often workers receive bonuses that increase the longer they’ve stayed with a company, so to lure a worker across from a rival, the sign-on bonus has to be attractive.

Mining companies almost always pay for flights home for their workers, leading to the controversial phenomena of ‘fly-in, fly-out’ camps, currently the subject of a parliamentary inquiry. In many instances, miners will also pay for children to be sent to a boarding school if there are no schools near a worksite. They may also provide company cars, and a large part of the cost of accommodation. The industry has also seen an increase in superannuation payments, according to Harris, who says he’s seen companies paying 11-13% in some instances.

“The other thing we see is people who work overseas in places like Papua New Guinea, depending on their arrangements; they may be subject to income tax in Australia as well as overseas. In those cases, the company may pay part of their Australian income tax.”

“It’s extremely fierce. There’s a severe shortage,” Harris says. “Not across the board, but in some very specific skill sets. The competition to get and keep talent is very strong.”

And it isn’t just about financial incentives. Miners have been trying to make the job more family-friendly.

Brendan Townsing, who worked as a survey technician for eight years, says during his time in the industry he saw rosters become increasingly flexible.

“When I got into it you did longer stints. Now it’s becoming the norm to do nine days on, five days off, or a week on and a week off,” he says.

Harris cautions that the largest incentives aren’t offered to everyone. Rather, mining companies offer such perks to people with “very specific skills and experience, who are in the right place at the right time.”

“A decade ago mining wasn’t like this,” he says.

He adds that despite the incentives, mining remains very difficult and very remote.

The unique challenges of the role are not disputed by Townsing, who no longer works in the industry.

He says he enjoyed the mining lifestyle, but had to stop as his partner didn’t like him being away for so long. He describes how the job puts stress on relationships.

“I remember getting into it, you’d meet drillers who said ‘I’m getting married’, or ‘I’ve got a wife couple of kids’,” he says.

“I was always running across the same people even though I worked in three different states. When I’d see them again and ask how their families were, they’d say they were divorced.”

With such sentiments, it’s easy to see why mining leaders have their work cut out for them.