How new executive pay legislation will affect you 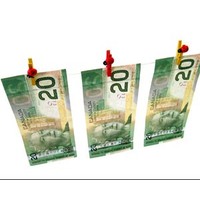 New legislation regulation executive pay will soon be introduced by the government – just eight months after the last changes were made.

The new round of legislation was developed after consultation on a proposal for executive remuneration ‘clawback’ and will also implement several recommendations made by the Corporations and Markets Advisory Committee (CAMAC) to improve disclosure in remuneration reports.

The changes come after a series of other executive pay legislative changes.  Examples include:

The Gillard government will progress amendments to the Corporations Act 2001 to require listed companies to disclose to shareholders through the remuneration report the steps they have taken to “claw back” bonuses and other remuneration where a material misstatement has occurred in relation to the company’s financial statements.

If the company has not clawed back any remuneration following a misstatement, the board will be required to provide a detailed explanation to their shareholders. If shareholders are unhappy with the company’s actions, they would be able to use their powers under the two-strike rule to vote down the remuneration report and potentially spill the board.

Parliamentary secretary to the Treasurer, David Bradbury, said:  “Clawback provisions in executive contracts are already being adopted by many listed companies and these reforms will ensure that shareholders are able to have a say about the efficacy of those provisions.”

In this regard, Mr Bradbury appears to be referring to forfeiture provisions companies have in place for deferred short-term incentives.  “Clawback”, as it applies elsewhere in the world, refers to seeking repayment of incentives that have fully vested.

This currently requires litigation, and is rarely undertaken and is even more rarely successful.  However, as defined in the government’s December 2010 discussion paper The Clawback of Executive Remuneration: Where Financial Statements are Materially Misstated clawback may be a recoupment of remuneration already paid to the executive, or a cancellation of an outstanding but unvested and unpaid future award.  This covers both forfeiture of deferred incentives and true clawback of amounts that have already been paid.

The disclosure requirements will hasten the trend to adopt STI deferral.

Remuneration reports will now have to disclose all payments (including entitlement payments, severance payments and post-severance payments) for key management personnel upon their retirement from the company, regardless of whether those payments were provided under a contract of employment.  Many governance stakeholders should welcome this, given there remains a level of opacity and non-disclosure regarding payments post-termination.

The government further indicated that:

“Unnecessary disclosure requirements will be removed to simplify remuneration reports.”

However, before leaping for joy at the prospect of shorter remuneration reports, be aware that the “unnecessary disclosure” is limited to reporting the percentage of a person’s remuneration that consists of options, and the value of options that have lapsed assuming they had not lapsed.  By our calculation, this should save an average of 65 words.

Other CAMAC recommendations to shorten and simplify remuneration reports were rejected by the government.

Probably the most interesting change to disclosure is the additional requirement that the remuneration report disclose, for each key management personnel, crystallised past pay, present pay and future pay.

This would be expected to hold a high degree of promise for clarifying what an executive is paid. In fact, many companies have been providing this sort of disclosure recently. However, it remains to be seen how the government plans to legislate on this, given its insistence that “information contained in the remuneration report should be disclosed in accordance with the accounting standards”.  It has been the accounting standards, especially the method of valuing and expensing unvested equity, that have contributed to the opacity in remuneration reporting.

Draft legislation to enact these reforms is expected to be released for public consultation in the second half of 2012.  We trust that this will not be a repeat of the last legislation’s consultative process, which consisted of a five-week period encompassing Christmas and the New Year. See more about the government announcement.