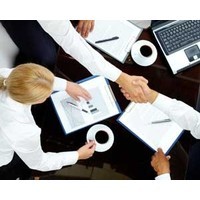 The business environment can be tough for business owners. Cash flow is a constant concern, payroll tax is a disincentive to employ staff and landlords have been busy hiking up rents. But if you’re a good negotiator, this can help to ease the burdens.

Knowing how to take back some control and influence a situation to help achieve the desired outcome is crucial for small business owners looking to develop and grow their business. While getting a better outcome on your rent, with your suppliers or in an acquisition can help ease financial pressures.

1. It’s not about right and wrong

When it comes to negotiating, the worst thing to do is try to convince someone they’re wrong.

“It gets them very defensive,” Kelland says.

“It’s not about selling a proposition from their perspective, but it is about understanding their issues, interests and how the individual values these issues and interests.”

Kelland says when you want to establish an ongoing relationship, to enter the negotiation with an open mind.

“Don’t have the mindset that you want to change their mind. Trade with them and show them they can get something they want but under conditions which are good for you.”

In a similar vein, Hudson says people are convinced by their own explanations.

“The main thing for not just small business owners, but all negotiators is to ask a lot more questions than you usually would. People are convinced by their reasons, not your reasons. This is the hardest thing for small business people to appreciate because they think they have something really good and they push their own views.”

Hudson explains it’s similar to when a telemarketer pushes their view onto a person and immediately they’re not interested.

“It’s because their whole approach is a push. What small business negotiators need to do is to use a draw-it-out approach rather than a push approach. You need to identify where the other person is coming from and use that as the springboard for influencing,” he says.

Kelland says if you’re trying to establish an ongoing relationship, businesses are best off being flexible.

“Find out how both parties can get what they want. Flexibility is important. Stand outside yourself and say you’ll do your utmost to give the other party what they want and then they’ll be more likely to help you achieve what you want.”

2. Negotiating from a weak position

In negotiations, power is a reality. Often there will be one party with greater power than the other and generally the small business owner isn’t in the favourable position. This is seen most evidently when negotiating with landlords or corporates.

“Sometimes you’re in a situation where you have very little leverage,” Kelland says.

For a small business looking for a better deal on their rent, Kelland suggests not waiting for the rent review letter, instead, offer your own proposal.

“Don’t wait for the landlord. Get on the front foot and say if you’re going to extend your lease and say on what terms. Set them out clearly. As long as they’re realistic, you’re most likely to end up with a deal you’re happy with,” he says.

“Psychologically the concept of reciprocity tends to operate quite well in negotiations. If you present them with a proposal it’s a rare human being who will just tear it up. And while they may reject it, that’s not necessarily a bad thing.”

If you’re not game enough to put forth your own proposal, Hudson says to convince the other party you have another option.

“One of the most important things is for you to have what we call a BAE – best alternative elsewhere – if you’re  negotiating with someone and they know you have no alternative but to deal with them, what happens to the negotiating power?

“A good tactic is to let the other party see that you do have other options. This will enhance your negotiating power.”

Planning is crucial when it comes to negotiating and your location can influence the tone and outcome of a negotiation.

“The first and biggest mistake people make is just turning up and hoping it all goes well. Negotiations need a lot of thought, one of which is the strategic aspect which encompasses the ‘who, what, where and when’,” Kelland says.

“Research released a year ago by Harvard University found a material amount of value was created in the choice to move a negotiation from an office to a restaurant over lunch. They put a figure of 35% on it.”

Hudson says the physical place tends to have an influence of 10% over the outcome of the negotiation.

“For example, if you have a talk to your mum in the kitchen rather than having a serious talk in the dining room, that signals a difference and changes the impact of the discussion and it’s the same thing for small businesses,” he says.

Choosing the right location can turn a person into a competitive negotiator. Meeting someone at the office gives the process a formality, while talking at a restaurant over lunch makes a situation more casual and the people more affable and flexible.

“If you meet someone in an office it’s going to be reasonably formal. You’ve blocked out an hour and there is a deal of tension which accrues,” Kelland says.

“We recommend getting offsite, taking the meeting away from either workplace. Food is also important because you’re more convivial and open. People relax and tell each other what they actually want.”

“You have to decide what outcome you want to achieve. If you want to impress someone you want the negotiation to have a more formal sense about it,” Hudson says.

Just like the place, the timing of a negotiation is also critical. Hudson says business owners need to think about the times in the week when people are most approachable.

“Timing needs to be seen through the eyes of the other party. Think about if it’s the best time to have a discussion. If you want to capture people in the most cooperative time, you need to understand their industry for one thing,” Hudson says.

“An hour and a half after starting the business day people are more likely to listen and generally Tuesdays, Wednesdays and Thursdays.”