How social media for companies just got harder 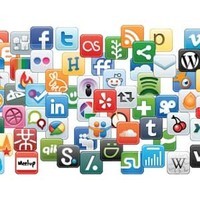 The rules of social media have just changed. Recent rulings by the Advertising Standards Board mean companies will have to take greater care monitoring comments on their social media sites.

“This is a significant decision that will change the way brands use social media,” says social media consultant, Catriona Pollard, director of CP Communications. “Some companies will now be questioning whether the outlay on their social media sites is worth it.”

The rulings effectively mean that leading companies must manage comments as they would manage advertisements, complying with industry codes and community protection laws, specifically around racial slurs, discrimination, obscene language and misleading advertising. The ASB found that Carlton & United Breweries’ VB Facebook page breached standards, and last month found comments by fans on Smirnoff’s Facebook page were ‘advertisements’ and should’ve been censored by the company.

“Before, if a situation got out of control on social media, it may have hurt a company’s profile. Now there could be legal ramifications,” Pollard tells LeadingCompany.

Tourism Australia has 3.3 million fans for its See Australia Facebook site. TA’s media manager, Leo Seaton, say TA’s small social media team to monitors it, among the team’s other duties. “With 3.3 million fans, it’s obviously not physically possible to monitor every comment, every minute of the day,” he says. “However, we do actively moderate our page and make every effort to manage the site responsibly.”

For large organisations that already have established a team of social media “community managers”, the rulings will lead to little change, says Alex Lefley, head of digital and consumer marketing for public relationship company, Edelman Melbourne.

“If you are a brand with a well-managed community, your community managers are on board with the correct brand messaging, and are using the Advertising Standards Boards guidelines, this is not a significant change,” he says. “In theory, they should have already set up guidelines to control activity, and the ruling might mean they have to amend those slightly.”

However, taking down negative feedback on company performance is still a social media no-no, as the recent backlash against companies such as Coles and Channel Seven – both of whom removed negative comments from social media sites – shows.

Medium-sized companies, however, will need to consider whether to increase the resources they have committed to social media, he says.

TA is already in the process of recruiting a dedicated full-time social media community co-ordinator, whose role will include the moderation task, Seaton says.

Pollard notes the likely increased expense for some leading companies. “Brands will need to invest more heavily in social media resources to regulate comment, while trying to maintain the true spirit of social media, which is connecting, communicating and sharing.”

As Seaton points out, his team cannot monitor the site all day every day.

A comment posted on a company’s site at 7pm on a Friday night might not be noticed until the following Monday, leaving companies unsure about the extent of their responsibilities.

Weighing up the return on investment for social media is not easy, but it is possible by establishing what a brand wants from its social media effort, Lefley says. He splits social media’s impact across three key areas:

There are more than 750 million active Facebook users, and 11 million in Australia, and 150 million LinkedIn members – numbers that make social media almost impossible to ignore. “The Facebook average user is connected to 80 community pages, groups and events; all opportunities for brand promotion,” Pollard says. “It is not just about the numbers, but the relationship formed and the increase of a business’ profile by having a presence on Facebook.”

What to do today