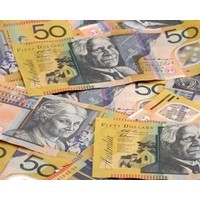 Companies sell stock to raise money, so it is obvious why they should care about getting the highest prices possible. But why should they care about what happens afterwards? Once a stock begins trading in the secondary market, its changing price has no direct effect on the company that issued it. The stock price could fall to zero on day two, but the issuer would still have the money raised the day before.

Clearly, it’s not that simple. The company’s executives typically own shares themselves and want to see the price rise. And they could lose their jobs if the shareholders lose money.

But there is much more to it than that, according to a new study by two Wharton faculty members and one former one. Their paper, The Real Effects of Financial Markets, explores the subtle relationships between the share price, the company’s health, and decisions made by its executives and other players, such as lenders, investors, customers, directors, employees and regulators. The study, a survey of research on the topic, finds that the financial markets, where stocks, bonds and other securities are traded, serve a critical “informational role” that affects decisions in the “real economy” composed of companies.

The authors, Wharton finance professors Itay Goldstein and Alex Edmans of Wharton, and Philip Bond, a former Wharton faculty member now at the Carlson School of Management at the University of Minnesota, address the question: is the stock market just a sideshow or does it affect real economic activity? “We believe that financial markets are not a sideshow,” Goldstein said in an interview. “Rather, they play a very important role in the economy.”

Market analysts have long viewed the rise and fall of a company’s share price as a gauge of the market’s expectations about the firm’s future cash flows. But the price can also reflect approval or disapproval of management decisions, and it can therefore affect what decisions are made, Goldstein and his colleagues conclude.

A manager who understands this feedback role can use market reactions for guidance on a key move like a merger. “You want the market to give you some information on whether the market thinks it’s a good idea,” Goldstein said. The share price, for example, may rise or fall after the firm reveals it may open a plant in another country. If the price falls, the company’s management may conclude that investors have spotted hazards the managers missed, and they may abandon the plan. Watching the share price becomes a way to benefit from the broader knowledge, views and analysis provided by thousands of investors.

Understanding the feedback process that links the market and the firm also sheds light on phenomena that are otherwise difficult to explain, Goldstein said. One of those is the “bear raid”, where short sellers bet that a firm’s share price will fall. The feedback effect can make this a self-fulfilling prophesy: The short sales increase the supply of shares, depressing the price, discouraging lenders from providing capital to the firm, weakening the firm and driving the price down even further. Thus, the short sellers profit from selling shares even if the firm was fundamentally healthy to begin with. (Short sellers sell borrowed shares in hopes of repaying the loan with shares bought for less, thus profiting when the price falls.)