Be a great defuser: How to manage workplace rage 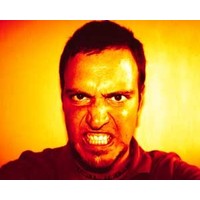 Leaders doubting the importance of keeping an eye on the levels of anger in their workplaces need look no further than the front page of this morning’s Australian Financial Review. An angry stoush between a unionist and a manager has escalated into a $10 million legal battle.

Costs and causes of anger

Lee Town, a psychotherapist and director of Anger Management Australia, says many of his clients are businesses trying to control anger in the workplace.

“It’s gaining more recognition within the workplace because it’s costing employers an awful lot of money,” Town says. Anger is expensive for businesses because it leads to staff taking days off work just to deal with their stress levels, and can lead to high staff turnover.

Town adds that the economic climate may be leading many to rage.

“The reality is that second-most-common reason romantic relations end is due to chronic ongoing financial pressures. So if you’re struggling to cover your bills despite working to the best of your ability, employees are going to bring that with them to work. It’s hard to separate the personal and the professional.”

There are four “warning signs” leaders can watch out for to know when a confrontation needs to be stopped, at least temporarily, organisational psychologist and principle of Brash consulting Leanne Faraday-Brash says.

“The first is if they’re witnessing anyone expressing anger in way that’s socially inappropriate or not in keeping with a professional workplace,” she says. “It damages the fabric of the workplace, as well as the professional credibility of those involved.”

Another is if one or both of the parties are distressed and want to exit the situation.

The third is if the manager thinks those involved are establishing avoidance patterns, where those angry with each other are no longer working or co-operating.

And lastly, a manager should always intervene when there is a potential for the behaviour to cross into bullying.

Town says managers should clamp down on uncontrolled anger quickly.

“If they let the person continue to yell and become aggressive, once they’ve said those words, they can’t be taken back,” he says. “It takes a very strong manager to be able to say, ’I’m interested in what you’re saying but not everyone has to hear it’.”

“But some people work in cultures that create or feed off anger because there aren’t enough behavioural norms enforced. The managers might be lax, they might not be modelling the right behaviour, or people might get away with two much.”

If leaders let anger get out of control, it can spread.

“If someone gets monstered by others and no one does anything, that can cause anger or even rage,” says Faraday-Brash.

How to deal with anger – and how not to

Leaders who don’t model respectful, professional behaviour all the time have no license to insist on it from others. The question is how to do it.

“It’s not about stifling the anger, suppressing it or whitewashing legitimate grievances,” says Faraday-Brash. “But it’s hard to ask for grievances to be expressed in a professional way if a manager is known to be petulant or belligerent themselves.”

She says a key part of the role of the leader in managing disputes between others is to listen carefully and separate out the source of the grievances. Workplace conflict is often escalated by personal animosities and jealousies, but Faraday-Brash says the leader must focus conflicted parties on the substantive causes of their disagreement, if there is one.

Faraday-Brash says most leaders are well-meaning in how they resolve conflict, but one thing that irks her is the prevalence of “clichéd responses” to tense situations.

“They put people in a room, shut the door and say ‘The gloves are off: go for it’.

“Without any ground rules or boundaries, letting it all hang out can create irreparable damage.

“Or they say unhelpful things like ‘Why can’t you both behave like adults’, ‘Leave your problems at the door’ or ‘Get over yourselves’.” She says such attitudes from managers to conflict leave people feeling defensive, which invariably prompts the very behaviour the manager is trying to avoid.

Leaders shouldn’t shrink away from managing workplace conflict. Managers get the behaviours they are prepared to put up with. “You get the culture you deserve,” Faraday-Brash says.

“A manager has a right to insist on professional and appropriate ways of managing anger. If you don’t feel equipped to try and facilitate that, you need to call in independent third party. It doesn’t have to be a professional mediator, but it has to be someone who doesn’t have a conflict of interest and has a good relationship with both parties.

“Good managers and leaders will have those good relationships.”

Don’t bottle it up

Another way to control anger is to allow situations where it can be expressed. Workers who are angry with their boss, but can’t say so, may take it out on other people.  To avoid that, people need to feel safe about offering honest and constructive feedback without retribution.

“The hardest form of anger to deal with is internalised anger,” says Town. “It leads people to have a lot of self-blaming thoughts, to them becoming cynical, jaded and pessimistic.”

The experts all agree anger is often a necessary emotion.

“Anger in and of itself isn’t a destructive emotion,” says Faraday-Brash. “People need to express the way they feel.”

Some workplaces require their employees to regularly deal with the anger of others, or subject their staff to abuse of clients. In those cases, a workplace needs strategies in place to deal with that.

“People need to be able to go for a walk around the block… they need an outlet.

“If the cultural norm is you’re just expected to deal and ‘suck it up’, the anger can build up in people… If the managers aren’t sympathetic, they can be shocked when someone blows up.

“Workplaces like that need clear boundaries, and people need to be give permission to get upset in controlled ways. Once it starts getting out of hand, angry individuals start doing damage, and others working there lose respect for the manager. It becomes a potentially unsafe and out-of-control workplace.”

David Cheng is a researcher at the University of New South Wales who has studied anger in the workplace. He says anger can be constructive in getting problems solved.

“There’s an evolutionary theory as to why we have emotions,” he says. “The things that we have now have been evolved over time.

“We get angry because harm has occurred. When people get angry, have an outburst, I guess one of the questions everyone else asks is ‘Why are you angry?’ And if they can work out some legitimate problem or harm, they can come and help you with the problem.

“How they perceive your anger is the factor.”

Cheng says there is an optimal level of anger, and exactly where that lies depends on the context.

“In some industries people are generally angry. For example, construction places or debt collection agencies, there’s a higher tolerance for anger.

“When a manager sees someone getting angry, they need to understand the workplace norms.”

“It’s impossible to say to someone ‘Don’t ever become angry’. What matters is how people manage it. There are constructive and destructive ways. When a union is involved, when there’s structural change for an organisation, there is always going to be anger. Both the employers as well as the employee need to take responsibility for how they handle it.”