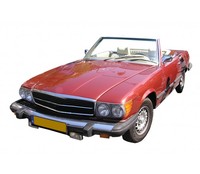 Is anyone really celebrating the news that we all are going to stay longer in the workforce?

Baby boomers are watching their retirement (and their superannuation balances) recede with a resigned horror, and employers still prefer cheap, energetic young workers when they can get them.

But a longer work life is an inevitable fact. And so is an older workforce.

As life expectancy increases – a good thing for individuals – the International Monetary Fund has warned that our pension schemes and retirements funds will be overwhelmed … unless we all work longer.

For leaders, it is a matter of deploying older workers to get the best from them (for the lowest cost).

Too many stereotypes about older workers are just rubbish, according to Nareem Young, CEO of the Diversity Council of Australia. “On the issue of technology, it is just not true that older workers don’t know how to use it. All of our mums are on Facebook. Sure, not everyone is like the Gen Ys, who rush off and find everything new. But older workers are adaptable and every bit of research shows that.”

Five is the magic number. Bridget Beattie, the regional general manager for India, Australia and New Zealand, of Right Management says: “We do outplacement and large companies use us to help reskill and find jobs [for retrenched workers]. When five is the first number, it is harder. Companies look at how much oomph you have got left.”

Young points to the benefits of the old. “Older workers are a good influence in the workplace. They retain the organisation’s knowledge and share what they know. And what our members are finding is that the older you get, the less you buy into the politics. People have gone through their career high and achieved what they want. Now they just want to work hard and work well.”

Big salaries are a worry for leaders when considering older workers, but Young says meaning can be a bigger factor.

Beattie says leaders must start the conversation about trading money down in return for other conditions. “Actually, what a lot of people want is to work eight months of the year – two months off in summer and two in winter.”

Although generalisations can be misleading, insights into the characteristics of baby boomers, Generation X and Generation Y are conversation starters, Beattie says.

Baby boomers were a generation influenced by social unrest and protests against nuclear armaments and the Vietnam war, she says. “Baby boomers believe change is needed; they are resistant to authority and competitive. For us, winning is rewarding. And we want to feel valued and needed in our job.”

Generation X members are about to hit their 50s, Beattie points out, and their motivations are different. While Gen Xs grew up, women’s participation in the workforce doubled. They were the latchkey kids, resilient and self-reliant. “They grew up with AIDS and famine on the TV in their lounge room, thinking everything is crap. They want to forget the rules, just avoid them. They are the helicopter parents, hovering over their children to make sure they are OK, and giving them cell phones when they are nine.”

For Gen Xs, flexibility is important for different reasons. They had their kids late, and share the parenting role. “Be prepared for men to ask to work four days, and don’t think about it negatively as someone who is not engaged,” Beattie says.

Gen Xs will surprise leaders with a sudden resignation because they always try to sort out their problems alone.

The key is starting a conversation with older workers, to find out what motivates them: their priorities (travel, sharing expertise), their responsibilities (older parents, kids, grandchildren), and the activities that provide meaning. Beattie says: “Good leadership will make you ask the question that is appropriate to the situation, to listen and challenge, and not just brand someone as a boomer or an Xer. As people move through life’s experiences, things morph and change.”